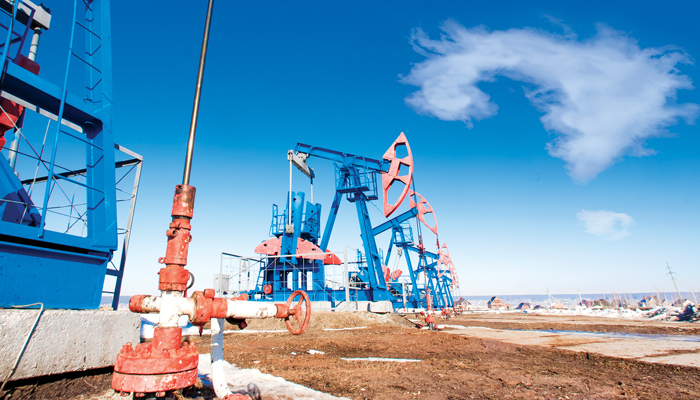 In June, my colleague Rachel Luc laid out the landscape ahead of the OPEC+ meeting in Vienna, at which OPEC and, the following day, non-OPEC producers (led by Russia) would decide whether or not to roll over their output ceiling. That meeting has taken place, and OPEC+ oil producers agreed to maintain the 1.2 mb/d output cut (versus October 2018 production levels) for the next nine months, or through March 2020.

The decision to extend the OPEC+ agreement was made against a backdrop of concerns over the global economy, and therefore oil demand, as the two are positively correlated (to varying degrees by country). The U.S. and China were involved in a trade war, and while there were indications from the G20 summit, which took place during the same weekend that OPEC met, that negotiations between the U.S. and China would resume, hopes were not high. Composite PMI indexes for major economies, strong proxies for economic growth, were falling on average. In May the index for Brazil had fallen back under 50 and into contractionary territory for the first time in eight months, and the index for the Eurozone had fallen from 53.1 to 51.8 over the same time frame. Even the U.S. was showing signs of slowing growth, with the average of the manufacturing and non-manufacturing indexes from the Institute of Supply Management falling from 58.8 in October to 54.5 in May. The average of the Eurozone, Japanese, UK, Brazilian, Indian, Chinese, and US indexes fell from 52.4 in October to 50.8 in May.

The market looked to be fairly balanced in the first four months of the year, despite declining Iranian and Venezuelan oil production, and the OPEC+ agreement, which saw increased non-OPEC (largely Russian) compliance as the year unfolded. OECD stockpiles, which had been slightly elevated compared to their five-year average in January and February, were closer to said average in March and April, according to OPEC’s Monthly Oil Market Report. Eliminating this surplus has been a stated goal of the OPEC+ agreement. The market could have tightened further were it not for increases in non-OPEC+ production. The government of Alberta has in recent months sequentially eased output curtailments, which were put in place to alleviate a localized glut due to logistical constraints. However, U.S. oil production growth, mostly onshore shale, has had a much greater impact, as charted. It also helped that Saudi Arabia, which was responsible for most of the obligated OPEC party compliance with the OPEC+ agreement, cut its over-compliance rate in April and May.

Will U.S. oil production continue to increase, filling the gap left by reduced OPEC+ production? Many have forecasted strong U.S. oil production growth for both this year and next. The Energy Information Administration in June said it expects U.S. oil output to grow by 1.4 mb/d this year and by another 0.9 mb/d next year. However, U.S. oil production had averaged 12.10 mb/d this year, as of the June 21 reporting week — an increase of 1.15 mb/d from the 2018 average of 10.95 mb/d. Putting the forecast in jeopardy, output tends to adjust at a lag to the rig count, which itself adjusts with a lag to changes in prices. For instance, WTI prices began a rally in the summer of 2017, but rigs did not turn higher until November, and output didn’t start to really pick up until early the next year. WTI prices sold off from October of last year through early this year, and rigs did not really start to fall until the sell-off had ended. U.S. oil production stopped rising by around April, and has since been fairly flat near 12 mb/d. The rig count, however, continued to fall through June 14.

As of this writing in early July, no one knew for certain whether fears of a slowing global economy would translate into reality and a slowdown in oil demand growth, nor whether a recent thaw in U.S.-China trade relations would bear fruit. Whether U.S. oil production would finally respond to the months-long decline in the rig count, and whether Iran and Venezuela would manage to increase oil production in the face of U.S. sanctions were uncertain as well. However, one thing was clear: Saudi Arabia and, to a lesser extent, Russia have shown a willingness this year to bear the burden of cutting oil production in order to support prices, and those countries merit a close watch moving forward.