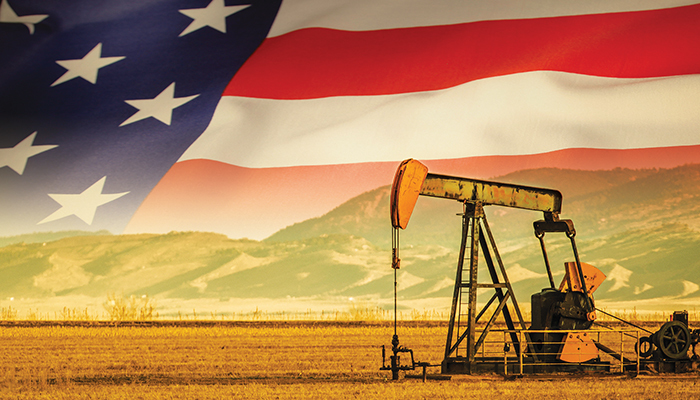 Crude oil prices in a $50 to $60 range will trigger increased capital expenditures and stepped-up production activity. Recently, Reuters cited a report that fleshes out this range. A $50-per-barrel price is insufficient for most major conventional oil projects. Seventy percent of all projects, conventional and unconventional (shale oil), are viable between $50 and $60, and up to 9 million barrels per day of potential new oil supply is commercially viable at $60 per barrel (a little over a year ago, U.S. oil production hit a 44-year peak at 9.7 million barrels per day).

WTI moved into the low $50s in early June, but that of course doesn’t mean that crude output immediately rebounded. Conventional projects take years to develop, and new undrilled shale oil wells take three to six months to come on-stream (less time is required to frack drilled-but-uncompleted wells). When it was uneconomic to drill earlier this year, the U.S. was losing thousands of barrels per day in production due to existing well depletion. That’s actually still the case, with shale oil output expected to fall 99,000 barrels per day in August (EIA estimate). Recovery expectations are that early on, new output will only slow the rate of decline, with production net increases being achieved later on.

The Good News
The good news is that although crude prices decreased from more than $100 per barrel to $27 per barrel over the last two years, OPEC did not succeed in driving U.S. oil production off a cliff. Output “is still twice what it was in 2008” (CNN).

It has declined less than 10 percent versus the April 2015 peak. So the hole that the U.S. oil industry is digging out of is not daunting. Furthermore, although oil production can’t turn on a dime, financial considerations can change rapidly. The second-quarter price surge resulted in hedging windows and opportunities to raise capital. This led to a significant decline in the number of E&P company bankruptcies, from 12 in May (cumulative debt at $25.6 billion) to 4 in June (cumulative debt at $1.5 billion).

There is additional good news. Due to low crude prices, shale oil production technology has experienced dramatic advancements. In other words, OPEC has itself to thank for causing the shale oil industry to adapt to operating in a moderately low price environment. One example of advanced technology is implementation of a new fracking technique that slows well decline rates and stabilizes production. Historically, “after an initial burst, crude output from new shale wells [fell] much faster than from conventional wells.” (businessinsider.com) The new fracking technique results in less early output, but more subsequent production and more production overall. Additional new technology includes high-intensity drilling, which covers larger areas. Oilfield services provider Halliburton declares that, due to this advancement, “900 is the new 2,000 for U.S. rig activity” (Reuters).

Finally, the best news is that “according to a new report from Rystad Energy [a research firm based in Norway], America now has more untapped oil than any other country on the planet,” and that’s because of shale oil. “More than half of America’s untapped oil is unconventional shale oil” (CNN). Shale oil is significant on a global scale as well. According to Reuters, “Unconventional oil recovery accounts for 30 percent of the global recoverable oil reserves while offshore production accounts for 33 percent of the total.”

Critical Challenges
All of the above thoughts are very positive. However, the shale oil rebound will not be a Sunday walk in the park; obstacles will be encountered. For example, some drilling rigs and other machinery idled during the two-year downturn were cannibalized for parts for equipment still in use, rendering the donor equipment unusable. In addition, oilfield service costs, reduced during hard times, will be increased to former levels as producer profitability improves. Shale oil companies are particularly concerned about the availability of workers. “The question is whether workers flushed out of the industry will head back to the oil patch” (CNBC). Goldman Sachs believes this issue may be rendered inconsequential by high pay in the oil and gas industry.

The most important challenge will almost certainly be stabilization of oil prices. Goldman has warned that a strong crude price rally could ultimately be self-defeating. Thestreet.com points out that, “Too quick a return to the full-steam-ahead mentality could potentially throw a recovery off-balance.” In other words, higher prices stimulate higher production, which results in excess supply and lower prices.

To appreciate the havoc that another price collapse would create, one need only look back one year. Bloomberg notes that, “It was July that broke the back of last year’s [price rally],” and “oil dropped 38 percent in the second half of 2015.” A production rebound was just getting underway and suddenly the brakes had to be applied.

Shale oil producers want to avoid a repeat of last year. They know the importance of gradually increasing output, so if it takes a while to acquire equipment and workers, no problem. In particular, fracking too many drilled-but-uncompleted wells—the least expensive road to excessive production—must be avoided. Even then, some things can’t be controlled, such as a glut of gasoline backing up into the crude markets. Due to such occurrences as the latter, producers have solidified their finances by selling equity and have increased hedged production by 29 percent this year versus last year.

Oil Majors
Outside of shale oil, with the second quarter increase in oil prices, oil majors are starting to increase their large project capital expenditures. According to oilprice.com, Chevron just announced a major project that’s considered “‘an inflection point,’ as this is the first announcement in 2016 worth more than $10 billion.” In addition, ExxonMobil recently revealed the Guyana prospect, “one of the biggest new finds anywhere in the world the last several years.”

Along with devoting large sums to conventional projects, the big four are also looking for opportunities in the U.S. shale patch. It’s currently an opportune time for majors to acquire small producers struggling in the industry downturn. Shell has announced that they are putting shale oil at the core of their long-term growth plans. They are even engaged in a tight oil project in Argentina. It makes you think that surely there are other shale oil regions outside of North America and now South America. Such possibilities are enough to keep a Saudi oil minister awake at night.