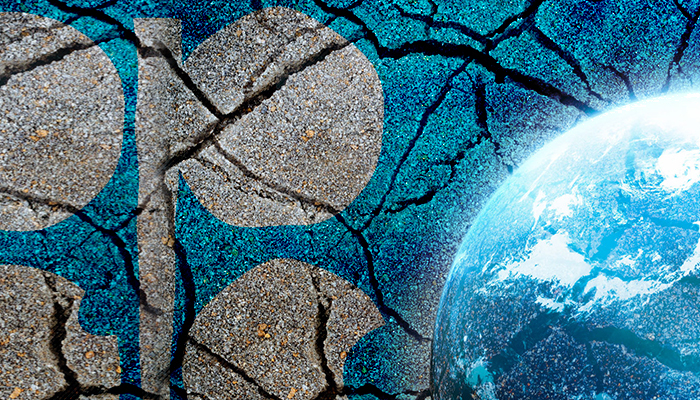 The CERAWeek global oil industry conference in Houston last month “exposed all the contradictions at the heart of OPEC’s attempt to rebalance the oil market without rekindling the shale boom or conceding too much market share to rivals” (Reuters). It was soon evident that OPEC is frustrated by market rebalancing taking longer than expected and excess global inventories not falling as rapidly as anticipated. “There is growing skepticism that [six months of production cuts will] take care of the overhang. OPEC’s task is more difficult [than it might have been,] as it aimed to cut inventory levels rather than simply target a specific price” (Reuters).

In January and February, OPEC compliance with output cut agreement pledges was deemed to be excellent. However, that’s because Saudi Arabia far exceeded their cut quota, which offset and masked poor compliance by other OPEC members. The Saudi impact is profound. Exclude Saudi cuts in excess of their commitment and include production increases by OPEC members who are exempt from the reduced output accord, and for February the purported 94 percent of total decreased production target achieved drops to 55 percent. Without the benefit of obfuscations, non-OPEC producer January compliance was 48 percent. Shockingly, in January only four of 21 OPEC and non-OPEC countries achieved their output target.

Two of the most consequential non-performers are Iraq and Russia. Iraq, OPEC’s second-biggest producer, was at only 40 percent compliance in January. Their cut quota is 210,000 barrels per day (bpd) versus an October baseline. In January Iraq’s production dropped by 200,000 bpd, but against December output. Therefore, 115,000 fewer bpd moved them to the baseline, leaving only 85,000 bpd cut from the reference point; more smoke and mirrors. Russia pledged to reduce its oil production by 300,000 bpd in the first half of 2017. Actual cuts were 100,000 bpd in January and zero in February. As one might expect, Saudi Arabia is displeased with the lack of quota compliance exhibited by Iraq, Russia and numerous other OPEC and non-OPEC agreement participants.

Less troubling than the foregoing are Libya and Nigeria, countries exempted from the reduced production accord, and which are generally not considered to be a threat to the OPEC strategy. Both of these nations are struggling, and “violence in the two African states makes their ambitions to hike production look optimistic. Even if Libya and Nigeria deliver on production goals, it will still pale compared to the challenge OPEC faces from U.S. shale oil producers” (Reuters).

The Shale Oil Threat
The much-faster-than-expected return of U.S. shale oil production “threatens to spoil the cartel’s bid to balance an oversupplied market. It also threatens the oil-dependent economies of [OPEC members]” (CNBC). John Kemp of Reuters recently wrote about OPEC and the shale oil industry seeking a truce. He suggested that “the oil producers’ [price] war of 2014-2016 [made it clear that] OPEC and the shale industry are interdependent. Both lose if they raise output too much, flood the market with more oil than can be consumed and cause prices to crash. Shale firms need OPEC to succeed in reducing global oil stockpiles and raising prices. And OPEC needs shale producers to be cautious in growing output to avoid undermining its policy of supply restraint.”

Accordingly, Kemp observes that, “OPEC seems to want some form of understanding with shale producers based on their mutual interest in avoiding another price collapse. Unlike … state-run producers that have agreed to curb output, there is no mechanism for U.S. independent producers and global oil majors to restrain output. [Furthermore, U.S. law forbids shale companies] from attempting to coordinate production and prices among themselves or with OPEC.”

Saudi Arabia Warning
Therefore, Saudi Arabia turned to Plan B at CERAWeek, “warning shale producers against raising output too much. [They also warned against assuming that productions cuts will be extended beyond June] to offset rising production from U.S. shale fields. Saudi Arabia’s energy minister [pointedly] said that there would be no ‘free rides’ for U.S. shale producers [and non-complying agreement participants] benefiting from the [price] upturn. Without an extension, however, global oil production would rise by more than one million barrels per day … and oil prices would likely swoon” (Reuters).

Recall that in early March, WTI prices broke below narrow trading range support, moving from the low fifties to the high forties. Due to a massive net-long position held by hedge funds and other money managers, the correction occurred abruptly and was based on much less provocation than failure to extend output cuts.

If the reduced production accord is scrapped when the cartel meets in late May, in effect OPEC will be throwing in the towel. Saudi Arabia will likely “exploit its position as the low-cost producer, [prioritize market share over price and once again] flood the market with oil” (CNBC). Post-CERAWeek, Rosneft, Russia’s top oil major, suggested that an aggressive U.S. oil output recovery “might lead to a new price war” (Reuters).

For now, this outcome is considered unlikely. It would have a devastating effect on the Saudi (and other) national budgets and foreign reserves. In addition, Saudi Aramco, the state oil company, is scheduled to partially turn private next year and bargain basement oil prices would severely depress the amount of capital raised through the initial public offering.

Goldilocks Price Stability
Kemp notes that OPEC has taken on an almost impossible task in attempting to stabilize price at a Goldilocks level – “high enough to boost revenues and keep hedge funds bullish, but not so high it sparks a renewed shale drilling boom. [Past] efforts to stabilize oil prices have never succeeded for very long and it would be surprising if this time was any different. The [current] problem is that the Goldilocks range is fairly narrow and may not [provide high enough prices to] satisfy all the interested groups OPEC has tried to assemble in its cooperative framework.”

If the shale oil recovery was too robust, then prices were likely too high and the early March drop may correct that. However, “OPEC has shown that it clearly cannot stomach $40 to $50 oil” (CNBC). That’s the dilemma and that’s proof positive that OPEC forcing shale oil producers to become substantially more efficient has ultimately inflicted a major blow upon the cartel.