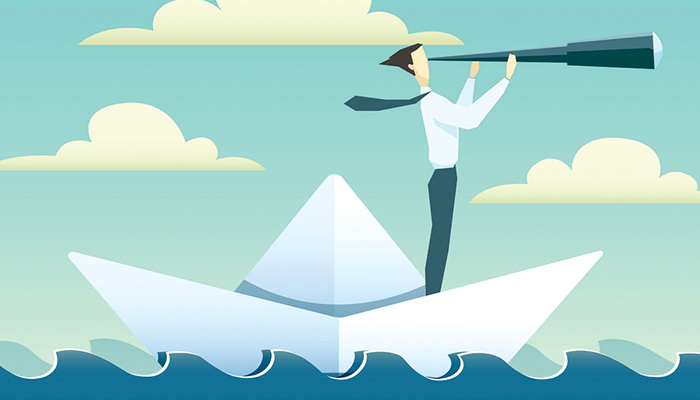 At the beginning of June, the Labor Department released a shockingly bad non-farm payrolls report, showing that in May the U.S. economy created only 38,000 jobs against economist expectations for an increase of 164,000 jobs. Furthermore, employers hired 59,000 fewer workers in March and April than previously reported. Unemployment fell from 5.0 percent in April to 4.7 percent in May, but even this number is swaddled in a negative overtone.

Why should you care about a horrific payrolls report? Least worrisome, it diminishes the likelihood that the Federal Reserve will raise interest rates. A rate increase usually strengthens the U.S. dollar, which likely weakens oil prices. Fed Chair Janet Yellen wants to have her cake and eat it too. She wants investors to think she is so confident in the economy that she might hike rates, but then she defers in order to reap the benefits of lower rates, such as a weaker dollar making U.S. exports more competitive. The most worrisome reason to care about a bad payrolls report is that it may indicate that the economy is headed for hard times, which will reduce demand for crude and products.

Worse Than It Looks at First
According to Reuters, Janet Yellen commented in an early June speech that even though the payrolls report was “concerning, let me emphasize that one should never attach too much significance to any single monthly report.” No one will argue with that. However, analysis by David Rosenberg, of businessinsider.com, shows that if you look at the four reports for February through May, incorporating the 59K March and April adjustments mentioned above, you see the following monthly job gains: 233,000 in February, 186,000 in March, 123,000 in April and 38,000 in May. Chair Yellen, that’s not a one-off; it’s a pattern and a trend that doesn’t bode well for the U.S. economy.

Also making the May jobs report even worse than it looks at first glance is an adjustment the Labor Department incorporates into springtime data. The New York Post reports that, “Washington guesses at how many jobs new companies might be adding. [The May] guesstimate probably added 40,000 or so jobs to the headline figure. [So] the economy probably lost a small number of jobs in May after this wild estimate is eliminated. [The New York Post also reminds us] that job growth of 150,000 a month is necessary just to get new workers into the flow as well as absorb people who have been laid off,” i.e., just to maintain the status quo.

Lastly, it would seem to be a good thing that the unemployment rate fell to 4.7 percent from 5.0 percent. However, “in the eyes of the government, when people get so discouraged that they stop looking for work, they are no longer unemployed. That’s what happened in May when a large number of people left the workforce” (New York Post). If you put discouraged people back into the workforce, the May unemployment rate balloons to 9.7 percent.

Ultra-Low Interest Rate Problems
Oil markets appear to believe that the May jobs report eliminates any chance of a summertime Fed interest increase. The upcoming election season makes a rate hike in September or November unlikely. That leaves December as the only possible actionable meeting this year—a far cry from the four 2016 increases once projected by the Fed.

The Federal Reserve has raised interest rates a total of one-quarter of one percent over the last decade, to a current low level of 0.25 to 0.50 percent. Many economists believe that prolonged miniscule interest rates put the U.S. economy at risk. They argue that it’s important for the Fed to increase interest rates in a significant way, so that elements of our economy that depend on low-risk, moderate-return investments, e.g., insurance companies, pension funds, retirees, can function normally once again, rather than being forced to pick either low-risk, negligible-return investments or high-risk, adequate-return instruments. Furthermore, even though it’s difficult to feel sympathy for banks, “eight years of ultra-low interest rates and an avalanche of new financial regulations have driven bank profits off a cliff” (Yahoo Finance).

Lastly, if a recession were to occur in the near-term, rates are not at a high enough level where it would be possible for the central bank to gradually decrease interest rates to stimulate the economy. It’s often said that at the present rate, the Fed has little room to drop and is effectively “out of bullets” (or at least conventional bullets).

Falling Productivity
Up until the May payrolls report, the conventional view was that the U.S labor market is strong. Obviously we didn’t see it getting worse until the deterioration could no longer be overlooked. So what caused this stunning degradation? A likely answer is a fall in U.S. productivity in four of the last six quarters. Most recently, productivity declined at a 1.7 percent annual rate in the fourth quarter of 2015, followed by a 0.6 percent drop in the first quarter of this year. From last October to this past March, the result was that labor cost expanded 2.5 times as much as output grew. This weakens company profits and is therefore not sustainable. If productivity continues to falter, the only alternative is to cut back on jobs.