Fixed Differential Could Be a Game Changer 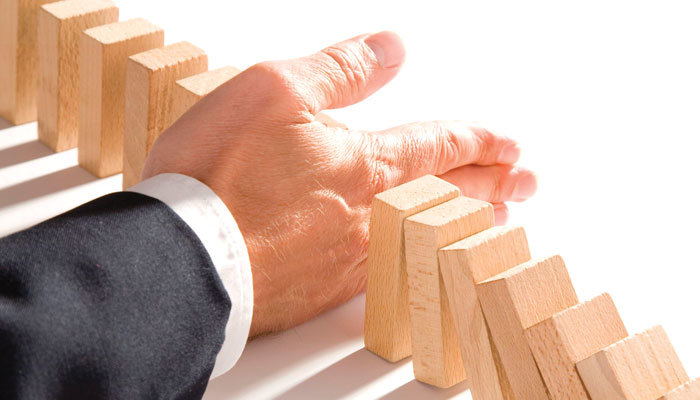 While many dealers and customers are still recovering from the long winter – one of the coldest and most challenging in years – it’s imperative we shift our attention to next season’s price protection programs.

After retail prices soared this past season and breached the wallet-busting $4.00 per gallon mark, the prospect of offering program prices for 2014-15 that are more attractive than last winter’s prices should be enticing. Current Nymex (New York Mercantile Exchange) futures are trading on par with last year, resulting in a market that is ripe for the picking. Unfortunately, between navigating basis problems seen this past season, and new sulfur regulations coming to Connecticut and Massachusetts, it’s not going to be so easy.

One of the biggest hitches this past season involved basis spikes due to the backwardated market, cold weather and other factors. For many, basis doubled or tripled in a matter of weeks, and sent rack prices spiraling.

Luckily, the bursts reared their ugly heads only sporadically from the middle of December through early March. While we were reminded that hedging basis is important in the cold months, just the opposite was true for the milder months. Prior to the middle of December many experienced negative differentials. Each year countless dollars are left on the table by failing to hedge basis correctly, and you could improve your margins with only a couple slight adjustments.

Let’s look at an example using ‘Company A.’ Company A has always covered basis for every single month of their program. Last year when it came time to hedge their forward program for the month of September, they did as they always do and bought a wet barrel contract at a Nymex price of $2.80 with a 10 cent differential ($2.90 per gallon).  We’ll ignore option premium, as puts and calls cost about the same.

Come September the Nymex was trading at $3.10, and their rack price was $3.00 per gallon – a negative differential of 10 cents. At first glance it would be easy to assume they made out all right because their wet barrel price was 10 cents beneath the rack.

But once you look closer you realize they paid a differential of minus 10 cents at the rack, but a positive differential of 10 cents on their wet barrel. Had Company A protected their margin with call options at a $2.90 strike, they would have been paid out 20 cents on their call options. Once you subtract 20 cents from their rack price of $3.00, you arrive at a net cost of $2.80 cents – 20 cents beneath their wet barrel and put cost!

Next, let’s review ‘Company B.’ Company B has a distaste for wet barrels, and can’t remember the last time basis blew out. Last year, when it came time to hedge their cap program they decided to forgo the $2.90 wet barrels, as they thought they were too expensive. Instead they decided to buy call options for the entire strip with a $2.80 strike and float basis.

They made out really well during the mild months, but their fortunes took a turn for the worse in the cold months. February came along, and the Nymex was trading at $3.05 per gallon. Meanwhile, they were shelling out $3.25 at the rack. While their call options were paying them out 25 cents per gallon, their rack basis was 20 cents! Had they covered this basis, as advised, their cost would have been $2.90 versus $3.00 per gallon. Since they can’t raise their cap price any higher, they effectively lost 10 cents of margin!

Based on those two samples, it’s easy to see why the right mixture of paper and physical hedges is important. Unfortunately, conditions in the market don’t always make it so simple. This summer, as Connecticut and Massachusetts are slated to transition from high to low sulfur heating oil, many suppliers have been reluctant to offer fixed price contracts early on.

Dealers are effectively left in a bind and must choose between holding off purchasing wet barrels (exposing them to a market rally), purchasing overpriced wet barrel contracts (if they’re available), or committing to a supplier on the Nymex without a known differential. The last option leaves the dealer vulnerable for the supplier’s best offer, and once you have committed to a certain volume with a supplier, you’re left without the ability to shop for the best offer.  Fortunately, there is another way – the fixed differential contract.

For those in states currently in limbo, fixed differential contracts could be a real game changer. Since you need upside protection now, or when you decide, you can purchase call options first. Once the dust settles, and differentials are competitive, you can shop for them then.