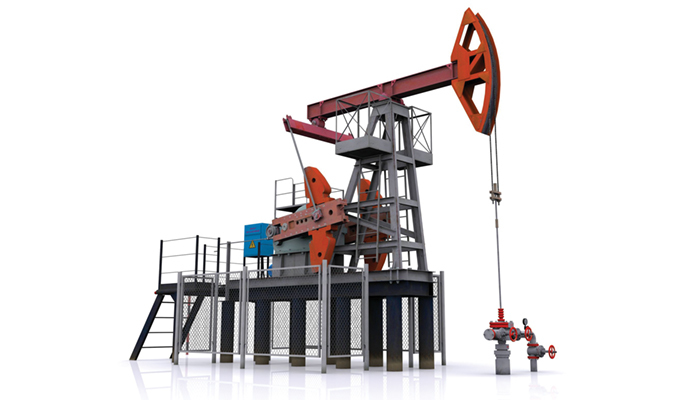 Shale oil is a vital cog in the U.S. energy industry wheel, so it’s advisable to periodically check its status.

With all the recent drama surrounding OPEC’s efforts to bring about an output capping agreement (cuts for some, freezes for others, exemptions for a few), it’s easy to lose sight of the likely end result: a $50 to $60 per barrel crude price range, with OPEC keeping WTI above $50 and shale oil limiting the upside to $60.

Shale oil companies can live with this price band, at least in some regions, largely because of continuing advancements in technology and techniques. For example, the length of laterals (horizontal spans) that drillers are employing is growing. Bloomberg reports that, “extending a lateral poses few additional costs while significantly boosting production.” Increasing the amount of sand used in fracking (doubling it or more) is another technique drillers are using to extract more oil from a well.

Currently, the Permian Basin in West Texas is flourishing, while regions such as Eagle Ford and Bakken are still declining. One reason why the Permian is so advantageous is its geology, with “multiple stacked [shale] formations [which can be exploited simultaneously,] offering drillers more oil per given well” (OilPrice.com). The Permian also has well-developed infrastructure and other cost advantages. “Some companies … can generate an adequate return on investment in the Permian even with crude trading at $45 to $50 per barrel” (Reuters). Rising rig counts are indicative of a rebounding shale oil industry and “the Permian basin accounts for 64 percent of the total U.S. horizontal tight oil rig count” (Forbes).

Improved Finances
Financially, large shale oil companies “are struggling to find support in high-yield debt markets and have gotten next to nothing from banks. [However, they] have raised [billions of dollars in] stock offerings in recent months” (fuelfix.com). In 2015, capital raised through stock offerings was almost entirely used to pay off debt. This time it’s different.

New capital is being employed in buying Permian properties and in hiking oilfield spending, collectively targeting about a 25 percent increase in development expenditures next year. Such spending enabled Apache Corporation to discover a huge new oil field in the Permian this year. Estimated at 3 billion barrels of oil, the field can make money at $50 a barrel and has up to 3,000 drilling sites. The field has just 19 wells on it now.

There are a couple of other shale oil advantages worth mentioning. Stable market prices are very important and as oil doubled its low price of the year, producers have locked in the selling price of future barrels by means of aggressive hedging. Bloomberg reports that, “Shale oil drillers in the U.S. are hedging their portfolio at breakneck speeds, using the rise in prices to actively hedge their production for 2017.” Morgan Stanley advises that, “We are seeing significant producer [hedging] flows which early estimates suggest could be the highest we have seen all year.”

Swing Producer
In addition, if cash flow becomes a problem, shale oil companies can turn to drilled-but-uncompleted (DUC) wells, i.e., unfracked wells. Since the beginning of 2014, the number of DUCs has increased from 3,700 to 5,100. In that they are partially completed, they can be brought on-line relatively quickly and inexpensively.

As a result of OPEC’s strategy to drive oil prices lower over most of the last two years, U.S. crude production declined close to one million barrels per day (bpd). Due to shale oil advantages cited above, Goldman Sachs forecasts that the U.S. will recover 600,000 to 700,000 bpd of the lost volume by the end of next year.

Oil majors are adjusting to the new oil production environment. Shell has announced that they are putting shale oil at the core of their long-term growth plans. Per Reuters, “Chevron plans to focus future growth on U.S. onshore shale production.”

In a speech delivered at a recent conference, the Saudi Energy Minister fretted that without adequate exploration and production (E&P) investment, supply will decline over time, to the point where there will be future supply shortfalls, perhaps severe. ExxonMobil’s CEO countered: “Shale oil producers’ resilience in cutting costs to make some wells profitable at as low as $40 a barrel means that North American production has effectively become a swing producer that will be able to respond rapidly to any global supply shortage” (Reuters).

Price Volatility
A corollary to the ExxonMobil CEO’s comment is that, thanks to shale oil, oil industry price volatility is undergoing a fundamental change. According to John Kemp of Reuters, “Volatility has always been the defining characteristic of oil and other commodity markets, defying repeated attempts to stabilize prices. [In the oil industry,] changes in investment and production take a long while. It can take a decade or more to … bring many complex offshore oilfields into production.” Consequently, there are delays in adjusting production when prices signal that adjustments are necessary. In fact, due to long and inherently unpredictable lead times, “the oil industry has never actually been in equilibrium,” Reuters reports. “The industry has often been hit by a new shock while it is still adjusting and rebalancing from the last one.”

This is changing. With the advent and evolution of shale oil, supply will adjust more rapidly to the price signals communicating excesses and shortages. Oil prices will continue to be volatile, but we are going to see smaller cycles of volatility and that is a good thing.