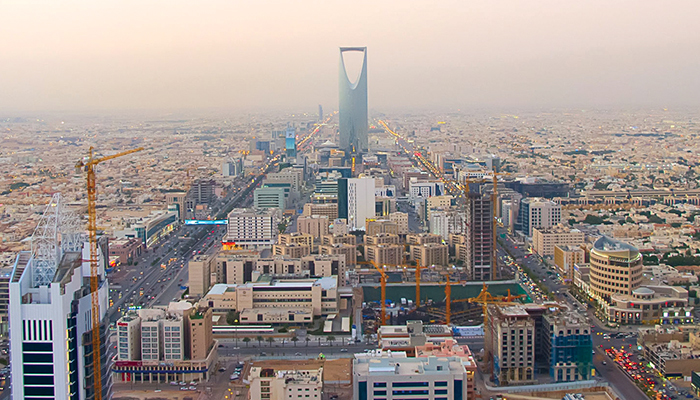 Saudi Crown Prince Mohammed bin Salman, known as MBS, is the 32-year-old heir to the Saudi throne. He seems to be quite concerned about modernizing Saudi society and the country’s moribund economy, diversifying it away from oil. According to Vox.com, “in 2016, MBS unveiled his plan to … wean [Saudi Arabia] off its near-total reliance on [a single commodity] … with a program called ‘Vision 2030.’ It’s a grand proposal that involves … generating revenue from sectors like tech and entertainment services. The plan includes … investing in a $500 billion megacity where transportation is entirely automated.

“The major challenges that MBS faces in his quest to change [his country’s] economy are figuring out how to navigate the obstacles of Saudi society and governance that stand in the way” (Vox.com), and building capital, via both internal funding and foreign investment. The prince’s plan to overcome these challenges is ambitious and risky, which it must be to succeed, and he has boldly commenced the first critical initiatives.

In the area of finance, a year and a half ago the Saudis put forth a $300 billion privatization program, wherein numerous state-owned enterprises, or portions thereof, will be sold off to private investors. This includes sectors as diverse as electricity generation, water desalinization, grain silos, postal service and health care. The centerpiece, however, is a five percent stake in state oil company Saudi Aramco, which is expected to bring in up to one-third of the projected total. According to Reuters, the selloff “is moving at a snail’s pace … [due to] heavy bureaucracy, inadequate [regulatory and] legal framework and frequent changes in government priorities.”

The Aramco initial public offering (IPO) has always been scheduled for the second half of 2018, and the Saudis assert that it is proceeding as planned. However, selecting an international exchange on which to list the IPO seems to be a challenge, perhaps because Aramco “may struggle to conform to foreign listing rules that demand transparency.” Consequently, Aramco is alternatively considering “a private share sale to world sovereign funds, [such as] the government of China, and institutional investors” (OilPrice.com). A third possibility is part private share sale and part international and/or Saudi exchange sale.

Whatever the outcome, Brent price in the range of $60 to $70 per barrel should boost the value of Aramco, incentivizing Saudi Arabia to be a price hawk. This has manifested in two very apparent ways. First was the strong stance taken in regard to the recent output cut agreement extension, despite some Russian misgivings. Second is Saudi determination to cut their own production as necessary to achieve overall cutback compliance, even if it means carrying the load for slacking OPEC members.

In the area of governance, Crown Prince Mohammed bin Salman is fundamentally altering the structure of the state that has existed for over 50 years, a form of collective leadership composed of the extended royal family. The king is expected to rule by consensus. This makes bold reforms almost impossible. King Salman and his son MBS have succeeded in consolidating power over the last couple of years, replacing collective leadership. This gives the crown prince the power he needs to implement the dramatic social and economic changes that are necessary for his “Vision 2030” to move forward.

To ensure that the Saudi populace accedes to the transformation, MBS “has explicitly courted support from younger Saudis, with promises of social liberalization, jobs and faster change” (Reuters). He and the King have also put forth measures to stimulate growth in the private sector, such as support for economic projects, funding for small businesses and residential housing loans. In recent years, “the private sector’s growth has slowed to a crawl because of government austerity policies [necessitated] by low oil export revenues” (Reuters).

The tipping point in this power grab occurred in early November, when “King Salman and his son launched an anti-corruption campaign and arrested [members of the royal family,] ministers and officials suspected of taking bribes and embezzlement. Corruption has been rife in Saudi Arabia for decades and has drained fabulous amounts of wealth from the state into private hands” (Reuters).

“Corruption exists as part of a vast patronage system which ties together the royal family, the state bureaucracy and large parts of society in patron-client networks. The anti-corruption campaign … is therefore [tearing apart the very fabric] of the Saudi state” (Reuters). MBS knows that his ambitious plans require huge investor support and therefore it is essential to create new social and economic structures that “will offer a predictable long-term approach and transparent business environment for investors” (Wall Street Journal).

The anti-corruption campaign has one other important element. It accomplishes more than preservation of wealth from endemic theft by the powerful and consolidation of governing power to facilitate modernization and diversification. It also confiscates wealth from expropriators and channels it into transformation projects.

The crackdown has detained more than 200 people, and more than 2,000 accounts were frozen. Assets in play may reach $800 billion, but because much of this wealth is abroad, it’s estimated that around $100 billion of illicit funds can be clawed back. Zerohedge reports that “Saudi authorities are negotiating settlements with … detainees to pay for their freedom … as much as 70 percent of their net worth.” According to Reuters, a prince “has been freed after agreeing to pay over $1 billion.”

For the Saudis, giving investors reason to lose confidence in the stability of Saudi Arabia is a negative side effect, and causing crude investors to bid up the price of oil on concerns about instability in the kingdom is a positive side effect.