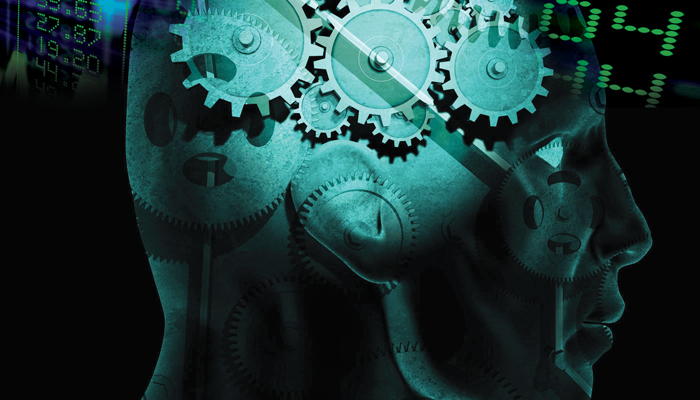 Even in summer, marketers can appreciate some thought-provoking data

It’s July, that hot, sultry month when many of us seek refuge at the beach, play golf, vacation with the kids, or travel to exotic lands. Let’s be realistic: It’s unlikely that you’re grabbing this month’s issue of Oil & Energy, rapt with anticipation. (Sorry, Mac [editor of O&E].) The higher likelihood is that you’re sucking down a beer reading 50 Shades of Grey or James Patterson’s latest thriller.

So I thought I would do what every red-blooded American does when there’s too much food in the fridge or crap in the attic. Empty it out and make a leftover smorgasbord; or have a major yard sale. Enclosed below is a medley of random facts, thoughts, and ideas that you can read later (when you get back from vacation) and perhaps get some use out of it. FYI, most of these have been plucked from the attic of past articles we’ve written in Oil & Energy.

It doesn’t pay to cap the price! Mmmm! Ponder these numbers from 1985 to date, which is 30 winters. (Prices are measured from June of each year to May of the following year.) The price differential between the low and high of each period (May through June) averaged .64 cents/gallon over the 30-year term. Consider that the average price span between the low and high from 1985 to 2000, when the price exceeded 1.00/gallon only twice in that period, was just under .31 cents/gallon. This was when option prices (the cost to hedge a cap) averaged less than .08 cents/gallon. From the millennium to this year that average price span was a whopping .99 cents/gallon. The option premiums averaged just under .25 cents/gallon.

More numbers to ponder: In the 30 years from 1985 to present, prices for the winter months have trended lower than the summer months 14 of the 30 years! That means that the summer price was higher 16 of the 30 years! Go figure: almost a 50/50 split. In almost every period, the extent that prices were lower far exceeded the amount of the option premium. This statistic is compelling in that it indicates not only that it was highly likely that the cost of the option to the consumer came back to them at a “premium”, but if that same consumer had fixed the price they clearly would have lost more than the premium cost. Ahhh! Such trivia!

Predictions and forecasts: In a 2009 article here I predicted that many of you would see supply contract offers from your suppliers for index pricing such as Platts. Since then we have seen a three-fold increase to our own clients in these offers that include both Platts and Argus indexes. As predicted, they both have consistently beaten the traditional rack pricing throughout the heating season.

Companies will soon be offering bundled services that include hedging, procurement, and even billing services similar to what is currently offered in the deregulated natural gas space. Understanding these concepts will be critical to your company’s future. The single most interesting debate that I see emerging from all of the new technology, risk management strategies, and cutting edge procurement concepts will be who owns the customer! The new offers that you will see in the near future will alter or challenge that concept. Do you want to be a trucking company or do you want to be a marketer? How much of your business do you want to outsource or partner with? The traditional business model is about to be challenged.

We also wrote in that same article, when prices were at their lowest “volatility” and around 3.20/gallon:

Volatility will no doubt maintain its considerable grip on the energy space.

The price crash in 2008 was pivotal to the already increasing apathy toward forward pricing programs. The data positively affirmed that consumers’ appetites for pre-buy programs were shrinking dramatically. What does the future hold?

My summer reading recommendation: The Moral Case for Fossil Fuels, by Alex Epstein. Alex was interviewed by O&E in the May issue. This is a quick, fun read!

We haven’t had a major hurricane (Category 3 or higher) threaten Gulf Coast refineries since Katrina in 2005. We had a brief, but mild scare from Ike in 2008. I’m just saying: It’s been 10 years!

We’ve had two cold, actually normal, winters in a row. Do we dare hope for three?

Enjoy the rest of the summer!

Comments are welcome. You can reach me at: rlarkin@hedgesolutions.com