Will the Fed Raise Interest Rates This Year? 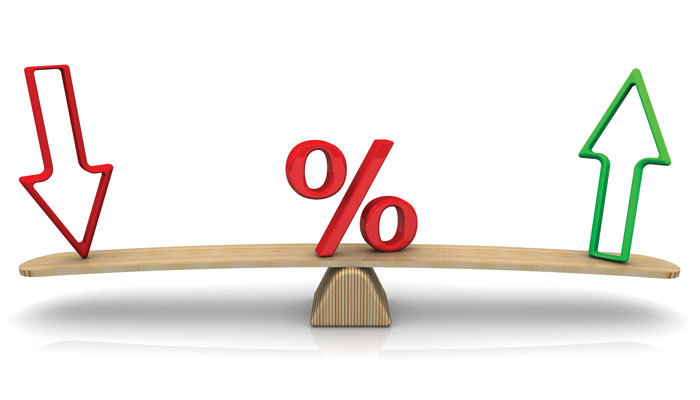 If you sell a dollar-denominated commodity, as oil product retailers do, your business is affected by whether or not the Federal Reserve hikes interest rates. If they do, the U.S. dollar strengthens, likely resulting in lower oil product prices.

This is not a simple policy decision. While considering it, the Fed is good at jawboning the likelihood of raising interest rates soon, thereby successfully keeping the financial markets in a perpetual state of anticipation. Time after time the rate hike simply never quite materializes. It brings to mind an ancient and legendary “Peanuts” comic strip, wherein placeholder Lucy holds the football on the ground and placekicker Charlie Brown comes running up to kick it. As Charlie swings his leg with all his might, Lucy pulls the football away. Charlie flies up in the air and comes crashing back to earth. Charlie tried this many, many times in many different strips, because Lucy always convinced him that next time would be different, and it never was. Does anyone besides me see the football as an interest rate hike and Lucy as Janet Yellen? And the rest of us … yep, we’re Charlie Brown.

The Fed is Out of Bullets

Pundits and analysts have widely differing opinions as to whether the Fed’s hesitation is a good thing or not. Per CNBC, the president of Sri-Kumar Global Strategies suggests that the Federal Reserve “has fallen into the trap of following the market, rather than leading it. [Therefore,] the Fed would not raise interest rates until 2017.” Others assert that the primary reason for increasing rates is to fight inflation, and currently inflation is practically non-existent. However, the flip side of this argument is that the primary reason for decreasing rates is to combat a lethargic economy, which we now have, but you can’t decrease rates if they’re already essentially at zero. Ben Bernanke, who refuses to criticize the Fed, recently admitted that “if we were to get another recession, then we would be in trouble.” The Fed is out of bullets.

In a different vein, Deutsche Bank comments that the Federal Reserve “should have gone [up] significantly before [now] to remove that uncertainty, to allow [capital expenditures] to develop. To stay [at zero interest] would be a mistake of historical proportions.” According to Reuters, bond guru Bill Gross asserts that the Fed’s prolonged negligible interest rate has destroyed the willingness to save money, as well as pension fund and insurance company “historical business models essential to capitalism.” Some observers believe that the Fed is apprehensive about a rate hike resulting in an unanticipated and adverse outcome, resulting in incapacitating indecisiveness. It’s easy to see how taking action with worldwide consequences could have that effect.

So what are the Fed’s options at this point in time? They appear to be fourfold: No new action (the Lucy option), raise rates, more experimentation and pass the buck. No new action for at least the remainder of this year appears to be the odds-on favorite. This would be unfortunate, in that quantitative easing (QE) and low interest have outlived their usefulness and appear incapable of achieving the two most important current goals. As mentioned by Atlanta Fed President Dennis P. Lockhart, “We put everything we could to work and [U.S. growth] is still just slightly better than 2 percent … a sign the tools did not have the potency we expect.” The tools “also failed to bring inflation back to levels considered healthy.” (Reuters) According to noted technical analyst Walter Zimmermann, the Federal Reserve hoped that massive liquidity and very inexpensive money would incentivize consumers to borrow and spend, thereby growing the economy and boosting inflation. As Lockhart said: insufficient potency. Zimmermann warns that since QE inflates asset bubbles, the risk now is that asset bubbles will burst before growth and inflation can be re-ignited.

The second option is raise interest rates, almost certainly no more than one-quarter of one percent. Bloomberg recently developed a list of hurdles to be cleared for a 2015 rate hike: (1) emerging market growth doesn’t deteriorate further, (2) healthy October and November U.S. payroll reports, (3) U.S. experiences solid consumer spending and housing improvement, and (4) no further deterioration in domestic exports. Since this list was released, a fifth hurdle has emerged: the European Central Bank doesn’t expand, in size or duration, their current quantitative easing program when they gather in December, less than two weeks before the Fed’s December meeting. If the ECB opts for increased stimulus, it will weaken the euro and therefore strengthen the dollar. If the Fed raises interest rates, it will strengthen the dollar. The combination may be seen as too much of a boost for the greenback, considering that a stronger dollar hurts U.S. exports (see hurdle No. 4). This is not an easy list, so don’t count on toe meeting football.

Perhaps the Fed should pare down this list and make it easier to raise rates. In addition to previously mentioned benefits, higher interest might induce banks to increase lending, and a hike could serve as a signal to markets, companies and consumers that the Fed has confidence in the U.S. economy, resulting in a positive psychological effect.

In lieu of raising interest rates or reinstating failed unconventional monetary policy in the form of more QE, the Fed may opt to try a different kind of unconventional stimulus. For instance, they might re-try Operation Twist, where they sell shorter-term bonds and use the proceeds to buy longer-term debt. This is a way to push down longer-term borrowing costs, and it nudges investors into riskier assets. Or the Fed might opt to charge banks to hold their excess reserves, referred to as negative interest rates, in order to make banks put idle money to work. Or Congress could grant the Federal Reserve the ability to directly finance government spending, outside of the banking system, which would clearly corrupt the central bank’s mandate and stray far from the Fed’s core competences. The latter falls into the category of particularly desperate and egregious measures.

As previously mentioned, the Federal Reserve made massive liquidity and very inexpensive money available to banks and companies, but the central bank can’t force the recipients to employ these funds in ways most beneficial to the domestic economy. In other words, monetary policy is effective in “juicing” the system, but it’s unable to effectively target how the stimulus is used. Fiscal policy, which is in the hands of Congress and the White House, can be targeted, so at this point, perhaps the Fed should make it clear to legislators and the President that the central bank has done as much as they can and now it’s time for others to pick up the ball and run with it. It’s a good idea, but is it practical? Can we realistically expect our divided government to agree on the need, magnitude and measures that ought to be implemented to stimulate adequate growth and inflation?