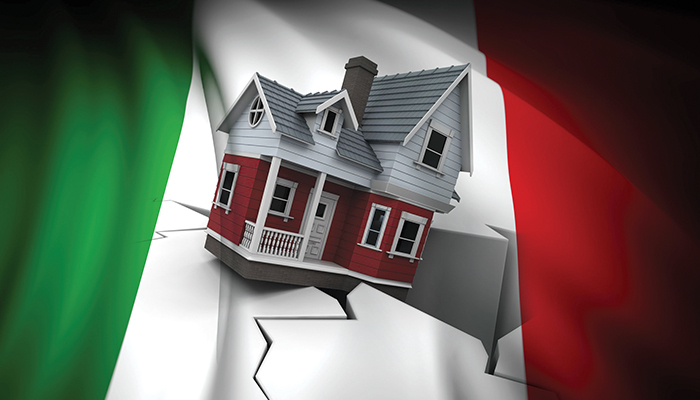 About two months ago, markets were shocked to see the United Kingdom vote to leave the European Union. Be prepared, because more calamities could be on the way in Europe.

Global equity prices, UK and EU currencies, and oil prices fell dramatically over the two trading days following the critical vote, after which they recovered nicely within one week. In the U.S., the Brexit impact appeared to be little more than a small bump in the road.

However, this doesn’t mean that we should become complacent. There are storm clouds ahead that could reduce European demand for oil, and the darkest seems to be severe financial and political complications in Italy.

As characterized by businessinsider.com, “if you look at [Italy’s economy], banks issues and [an] impending constitutional referendum, [the country] is like a bomb waiting to explode. It has crushingly low productivity … and [except for Greece,] has generally underperformed the rest of Europe in recent years.” The economic malaise and low interest rates have depressed bank profitability and non-performing loans have grown exponentially.

Value and Bad Debts
Bloomberg reports that Italian bank market capitalizations were down 20 percent this year prior to Brexit, and they doubled that decline within two weeks after the British referendum. UniCredit, Italy’s largest bank, has seen its share price decline 61 percent year-to-date, shrinking the market capitalization to 12 billion euros against 51 billion euros in non-performing loans.

Per businessinsider.com, Banca Monte dei Paschi di Siena, the oldest bank in the world and weakest bank in Italy, is valued at one billion euros and in possession of a bad loan book of about 47 billion euros. The BMPS share price was $90 nine years ago and recently fell to less than one dollar.

According to the Wall Street Journal, “Seventeen percent of [total] bank loans in Italy are bad, which comes out to a combined 360 billion euros ($400 billion) in bad debt,” which is one-third the eurozone total and more than three times the bank loans that were bad in the U.S. on a percentage basis at the height of the financial crisis.”

Who Rescues Banks?
Associated Press notes that it is important to address these problems, “because if the banks are struggling, they can’t make loans – the lifeblood of the economy that helps people buy homes and companies invest in [business growth].”

A recent initiative was aimed at speeding up the recovery of unpaid business debt, by expediting seizure of collateral and other assets. In addition, Prime Minister Renzi is keen on the idea of using public funds to inject about 40 billion euros into the struggling banking system. However, this approach violates European Union rules requiring that creditors, not taxpayers, pay for the rescue of troubled banks. According to AP, this provision is “aimed at keeping the costs of rescuing banks from overwhelming government finances.” This is relevant to Italy, as indeed their public finances are fragile.

In that neither a banking system collapse nor a government fiscal calamity is an acceptable outcome, bank bondholders have been designated to take the hit. This is referred to as a “bail-in” and, with sound reasoning, Renzi considers it to be unpalatable. The problem is that “Italian households hold about 29 billion euros ($32 billion) worth of bank-issued bonds that are subject to being written down or converted into equity” (CNBC) in the event of a bank rescue. Italian authorities experienced actual bail-in carnage last November when they “saved four failing lenders, but in the process wiped out 430 million euros of junior debt held by 12,500 [stunned] small savers” (Reuters). Such human tragedy makes taxpayer burden look tame by comparison.

Referendum
The constitutional referendum mentioned above adds an element of political crisis on top of the banking predicament. In October, Italians will vote on reforms to its Senate that are designed to eliminate gridlock (sound familiar?), thereby simplifying and accelerating the passage of laws. The improved process will initially be used to advance economic competitiveness.

It is expected that the Prime Minister will resign if he loses the referendum, plunging Italy into political chaos, and in all likelihood tearing the European Union apart within a short period. Therefore, Renzi can ill-afford a backlash of public outrage against his government because they allowed EU rules to wipe out the life savings of tens of thousands of ordinary citizens.

Creative Solution
So far we’ve determined that a banking system collapse is unacceptable, a government fiscal implosion would be a disaster, and a bank bail-in is cruel and a trigger for intense and widespread social unrest. The alternative is perhaps a creative solution that draws from several approaches, e.g., seizure of debtor collateral and other assets, large-investor haircuts, Italian funding, EU funding (Italy can’t print money, but the EU can), IMF funding, etc.

This will require flexibility and compromise and therein lies the problem. The European Union is a bastion of rigid orthodoxy. The Union dictates policy and exerts control, and requests for exceptions are not welcome.

Authoritativeness and inflexibility are at the heart of the British departure from the union, and Brexit is a wake-up call. The EU must transform itself into a responsive bureaucracy (probably an oxymoron), at least when the chips are down as they now are with Italy, or prepare for additional exits and dissolution.