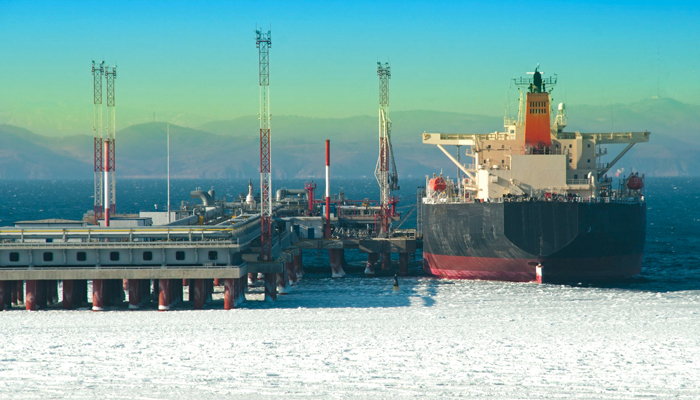 It’s well known that in response to the U.S. shale oil boom, OPEC (more specifically, Saudi Arabia) opted to eschew production cuts that would support prices. They chose instead to maintain output, preserve market share and allow prices to fall, for the purpose of driving high-cost producers, in particular shale oil companies, from the market and to increase global demand for oil products substantially. Reducing supply and increasing demand in combination should ultimately facilitate oil market rebalancing. and thereafter OPEC would regain the ability to lower output and thereby move prices higher.

Shale Oil Has Been Resilient
Unfortunately for OPEC, their two objectives haven’t materialized as planned. The U.S. shale oil industry has not capitulated. Instead, they’ve been resilient, with production declining at a glacial pace. There’s no doubt that the shale oil industry faces huge challenges. Debt service is substantial and liquidity is less available through banks and the bond and equity markets. Nevertheless, shale oil companies remain optimistic. For example, Harold Hamm, CEO of Continental Resources, has said the bankruptcy narrative has been vastly overstated. Per CNBC, Hamm notes that, “Most of the companies out there have long-term money that’s not coming due tomorrow. They’re able to ride this out.”

So shale drillers continue to cut costs and pump oil, invoking a “pump-more-to-survive dynamic.” (The Fiscal Times) In fact most oil producers, Russia and recently Iran included, have raised output, “ensuring the market remains flooded and postponing the anticipated rebalancing of supply and demand.” (Reuters)Past “good sweating” periods have shown that high-cost producers cling on longer than generally expected, and it “takes longer for the point of maximum pain to be reached than the market anticipates.” (Reuters) In the meantime, several OPEC members, including Saudi Arabia, are suffering economic hardship, without certainty that 2016 will be the year that the OPEC strategy succeeds.

Increased Demand Is Essential
Crude prices in the $30s will likely not result in short-term supply and demand rebalancing from the supply side only. It will require a combination of supply reductions and demand increases. CNBC reports that “non-OPEC production [will likely] decline by 0.6-0.8 million barrels per day (Mbpd) in 2016.” However, this will easily be offset by increased OPEC supply, in particular by Iran. Therefore, increased demand is essential.

Unfortunately, demand growth in 2016 is foreseen to be insufficient. A little more than a year ago, 2015 started off with spectacular growth in demand. Then in the fourth quarter of 2015, oil product demand weakened significantly in Europe and Japan.

In addition, economic growth in China continues to falter, and implied oil demand contracted by 2 percent in November versus one year earlier. Declining railway cargo data is an ominous sign for the U.S. economy, and therefore U.S. oil demand. Morgan Stanley asserts that “the hope for rebalancing in 2016 continues to suffer serious setbacks.” Even if supply and demand are rebalanced, “high inventory levels could persist well into 2017, as it may take a while to clear the overhang in unwanted stocks.” (CNBC)

Rebalanced Market in 2016?
In light of shale oil resilience and demand weakness discussed above, it’s appropriate to examine rebalancing math for 2016. It’s generally accepted that the world is currently producing 2 Mbpd more oil than it consumes. Add in 0.5 Mbpd of increased Iranian exports and deduct 0.7 Mbpd of U.S. crude production (EIA) and 1.4 Mbpd of global oil demand growth (EIA), and world overproduction this year is still 0.5 Mbpd. Supply and demand are not rebalanced, and the massive global inventory overhang continues to grow.

A price of $20/barrel for crude would likely produce enough bankruptcies (up to half of U.S. shale oil producers, per Oppenheimer) and defaults to rebalance supply and demand primarily from the supply side. This would support the Goldman Sachs outlook, which projects oil markets bottoming out in the first half of this year, with “a new bull market in oil starting to evolve in late 2016.”

Shale Oil Challenges Intensify
Despite ardent denial and optimism, lower-for-longer prices have taken a toll on shale oil producers, as their challenges are growing in difficulty and magnitude. Cost-cutting is mostly tapped out, and hedge prices have fallen to inadequate levels. Pioneer Natural Resources has hedged 85 percent of 2016 production, but this is the exception. Per Reuters, “the majority of drillers have little or no output with [current year] price guarantees.”

According to CNN, “Energy companies borrowed a lot of money when oil was [priced] over $100 a barrel; a growing number of companies can’t pay back their debts” and therefore have worked to push debt maturities further out. In addition, highly leveraged companies are struggling to make interest payments on their debts. “EIA data shows that U.S. companies with onshore oil operations used [an astounding] 80 percent of operating cash flow for debt service in the second quarter.” (Reuters) “In December [2015], exploration and production company defaults topped 11 percent, up from just 0.5 percent the previous year. If history repeats, people should prepare for the default rate to double in the next year or so.” (CNN)

“For many, crunch time may come in April during the semi-annual reviews of banks’ lending to the energy sector.” (Reuters) This is well within the Goldman Sachs timeframe for a market bottom. A market bottom is typically accompanied by panic and capitulation. MarketWatch asserts that capitulation will be brought on by “a major bankruptcy or series of bankruptcies of deeply indebted energy companies. [They also suggest that] the calamity in credit is going to be bad [and it could be accompanied by] the high yield (junk bond) market going off the rails.”

Crude Production Outlook
Setting aside the forthcoming acceleration in bankruptcies and defaults, CNBC notes that “with some of the big shale producers cutting their [capital expense] budgets, it does increase confidence that we are going to see a big decline in U.S. crude production.” U.S. production hit its most recent high in April 2015, then fell modestly and has remained essentially flat for several weeks of late. What accounts for recent U.S. production stability? CNBC suggests that if “shale oil production is [still dropping], it means the industry must be producing more in places like the Gulf of Mexico where [long-term projects] are coming to fruition at the same time onshore rig count is going down.”

Lastly, be assured that shale oil isn’t the only global entity experiencing contraction in crude oil production. A recent report said that, despite currency depreciation, Canada’s oil sands producers are now losing money on every barrel they produce. Reuters reports that “Lukoil expects [Russia’s] output to drop for the first time in many years, [possibly 2 to 3 percent in 2016,] as firms reduce drilling in response to low oil prices.”