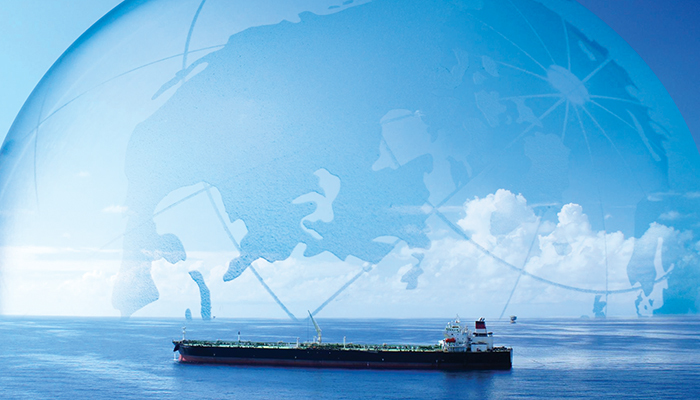 The jig is up for non-committal cartel members

Last year, OPEC decided to scrap their strategy of flooding the market with crude oil to drive prices lower and put shale oil producers out of business. Instead the cartel allied with a handful of non-OPEC producers, most notably Russia, to cut production, drain excess global inventories and put an end to the current stubborn oil glut.

Investment banks and oil analysts were candid in recommending that output cuts should be aggressively large and participants must be unwavering in their compliance with the new action plan. There are several reasons why a slow, drawn-out process must be avoided: (1) the markets lose confidence in the viability of the strategy, (2) as time wears on, quota compliance becomes more problematic, and (3) rising shale oil output won’t be offsetting cutbacks during the six months it takes to move from spudding a shale oil well to bringing it to production.

Backwardation
If expediency is achieved, pitfalls are avoided, global stocks commence drawing down, and OPEC is able to convince the markets that inventories will rise again in a year or two, the oil futures markets will flip into backwardation, where today’s oil prices are higher than forward prices.

Currently, crude markets are in contango, where “today’s oil prices are cheaper than prices in the future. This works in U.S. drillers’ favor because they heavily hedge their production [at future prices one or two years forward]. OPEC is too big to hedge,” so their revenues are linked to lower spot prices (CNBC). Backwardation favors OPEC, because it eliminates the financial incentive to store product over time, it discourages their shale oil rivals from locking-in prices for future production, and investors don’t like it, so sustained backwardation somewhat restrains shale oil producers’ access to capital.

Output Cuts and Exports
The foregoing idealized scenario is far from how things turned out. By historical standards, output cuts were not particularly deep. The current total cut is 1.8 million barrels per day (bpd), and it took a “Super-OPEC”, i.e., the inclusion of several non-OPEC producers, to achieve that level. The prior three cutbacks, by cartel members alone, “were 4.5 million bpd (1998), 5 million bpd (2001) and 4.7 million bpd (2008)” (Bloomberg).

Furthermore, OPEC and their partners pulled a couple of “stunts” that prevented inventories from falling expeditiously. First, they hugely boosted production in the fourth quarter of last year, before cuts were implemented, which “made their task harder and pushed back the rebalancing process” (Reuters). Second, Saudi Arabia and Iraq in particular hid some of their output in storage, or by disguising it, so that they could claim reduced production while not reducing exports. That may produce good impressions, but it does nothing to achieve the goal of reducing excess global stockpiles, and the markets eventually disregard appearance in favor of reality.

Although far from soon enough, “Saudi Arabia’s crude exports are expected to fall below [historical norms] this summer and shipping data so far supports a decline in outflows” (Reuters). Because U.S. inventories are transparent and have substantial impact on prices, the Saudis are wisely focused on reducing exports to the United States. However, according to tanker-tracking data, Iraq is pushing its own agenda by simultaneously driving up crude shipments to the U.S.

Rising Crude Output
Apart from missteps, the output cuts that are occurring are being substantially offset by growing output from producers outside the cutback accord. According to the EIA, “U.S. crude production is [exceeding expectations,] increasing at an annual rate of more than 1 million bpd” (Reuters). This is primarily due to a combination of a more efficient shale oil industry, well-hedged in the current year, rebounding and long lead-time Gulf of Mexico projects, the result of decisions made before oil prices cratered, coming on-stream today.

In addition, Libya and Nigeria, OPEC members that are exempt from the cutback deal, have surprised a host of analysts by at least temporarily resolving debilitating internal conflicts. This has allowed for dramatic increases in crude production and exports. Consequently, total OPEC output actually increased in May.

Quota Compliance Falters
The longer a joint effort endures, the more difficult it is to maintain cohesion and a high level of compliance. Even in the early months, Iraq’s level of compliance was only about 55 percent, and they’re OPEC’s second largest producer. More recently, non-OPEC participation has deteriorated massively. According to the EIA, “Russia [is the] only non-OPEC member that has formally agreed to remain a party to the extended cuts.” In addition, oilprice.com reports that OPEC has “lowered expectations for non-cartel member Russia … by 200,000 bpd or two-thirds” of its original cutback commitment. Combined, this means that only 100,000 bpd of the original 600,000 bpd non-OPEC output cut commitment is likely in play after June.

JP Morgan suspects that the situation could get even worse. They foresee a possibility that “the deal to extend production cuts may unravel [before next March,] as cheating becomes untenable for core OPEC members” (Business Insider). Given that the cartel hasn’t done much right in executing their current strategy, it’s not surprising that the futures market did not flip into sustained backwardation, inventories continue to swell even in the middle of the U.S. summer driving season, and oil markets have lost confidence in the ability of cutback agreement participants to deliver on their commitments.

Ball is in Shale’s Court
Now the “misstep ball” is in U.S. shale oil’s court. This industry needs to ensure that rig counts cease to increase over the near-term. OPEC’s strategy is on the ropes and if U.S. onshore oil producers refuse to take their foot off of the cartel’s neck, the reduced production agreement will self-destruct, oil prices will plunge, and everyone, OPEC and non-OPEC alike, will experience great financial pain, just like they did in early 2016.