U.S. and Saudis Clamp Down on Iran 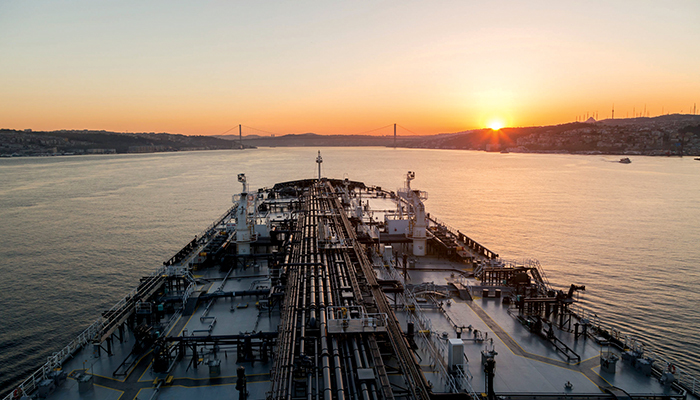 Is this the End of the Output Cut Agreement?

Early last month, President Trump announced that the United States is pulling out of the 2015 Iran nuclear deal and will reimpose a high level of sanctions on Tehran after a transition period of up to 180 days, to allow companies time to unwind business dealings with Iran.

Subsequently, there was much speculation regarding the extent to which sanctions will curtail Iranian oil exports. Clarification is needed on sanctions, but some analysts suggest that their impact will be modest since France, Germany, the U.K., Russia and China say they will continue to embrace the Iran nuclear deal.

However, this seems to ignore the fact that U.S. sanctions are not only on Iran; they are also on entities that do business with Iran. For example, “some countries could receive waivers from sanctions if they reduce their oil purchases from Iran by some [as-of-yet unspecified] amount. A 20 percent reduction was an unofficial rule of thumb” prior to the Iran nuclear deal (Oilprice.com). Twenty-percent lower exports equates to about 560,000 barrels per day (bpd).

In addition, U.S. sanctions will deter large-scale foreign investment in Tehran’s oil and gas industry. This precludes any hopes of increased exports, as there will be no increase in exports without an increase in production.

Worse, U.S. sanctions “create such risks for international banks and lenders … that they voluntarily [refuse] to do business with targeted entities. Iran [will be] essentially denied access to the international banking and global financing systems” (Yahoo News). Oil exports might be less of a problem than getting paid for those exports. “A flight from economic engagement with Iran … the main benefit it was promised in exchange for freezing its nuclear program … [will likely] eventually topple … the nuclear agreement” (Yahoo News).

The goal of sanctions is to force Iran to accept a more comprehensive and verifiable agreement, covering its nuclear program, its missile program and its aggressive behavior throughout the Middle East, all without a sunset provision. Potentially, global consumers will pay a price for this pursuit: higher oil prices caused by lower supply in an already tight market.

The Trump administration considered various strategies that might compensate for lower Iranian supply. More robust shale oil growth was rejected, due to current pipeline constraints, as was tapping into the Strategic Petroleum Reserve. Ultimately, it appears that “the United States and Saudi Arabia … reached a high-level political understanding in which the United States will intensify pressure on Iran in exchange for Saudi Arabia agreeing … to limit the impact on oil prices” (Reuters). The U.S. Treasury Secretary vaguely confirmed this. Saudi Arabia proclaimed, “The kingdom will work with major producers and consumers within and outside OPEC to mitigate the effects of any supply shortages.”

The mechanics of the offset commitment are vague and prone to misunderstanding. Due to the transition period, the Saudis are not in a hurry. Initially, they will monitor the supply situation. If Iranian supply declines modestly, Saudi Arabia and the UAE, both of which have cut production more than required this year, can increase output and still not exceed their cutback agreement commitments.

If Iranian supply falls more substantially, the Saudis will have to get their OPEC and non-OPEC partners involved, most importantly Russia. New individual commitments will have to be agreed upon, where feasible, in excess of original quotas. Thanks to Venezuela’s plunging output, higher targets for others are doable without exceeding the group’s overall goal of reducing production by 1.8 million bpd. Due to revised individual quotas, John Kemp of Reuters asserts that this will “mark the end of the current output agreement between OPEC and its allies.”

Saudi Arabia remains a price hawk, hell-bent to increase their revenue and achieve a very high Saudi Aramco IPO valuation. Therefore, it should be no surprise that “Saudi Arabia and the United States may have differing views about what would constitute an unacceptable spike in prices in response to sanctions” (Reuters). Perhaps that’s why traders remain bullish about re-imposed Iran sanctions, when theoretically the Saudi offset should make lower Iranian supply a non-event. One thing is certain. Saudi Arabia is in a sweet spot: oil prices are rising, soon their volume of exports will rise, and exports by their archrival, Iran, are about to fall.

According to Reuters, “the main risk for the Saudis is that the U.S. decision inflames an already tense situation in the Middle East, resulting in increased conflict and even the possibility of outright war.” According to CNN, President Trump “threw the book at Iran. An angry Iran is loose in the region.” The June OPEC meeting should be tense. Tehran will be looking to punish Saudi Arabia for being in league with the United States, and Iran may feel that stymieing the output cut agreement will undermine Saudi aspirations to raise prices and increase revenue.