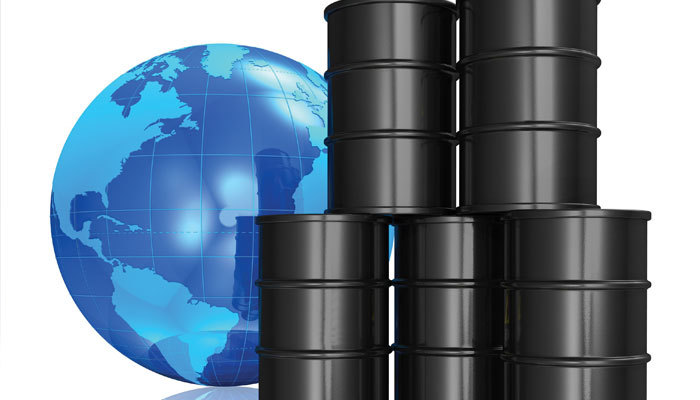 Oil glut is pressuring producers, but demand rally is nowhere in sight

OPEC is currently pursuing a strategy whereby their primary goal is to defend their market share. Therefore, they will not cut crude production and give up market share in order to reduce supply in the global marketplace for the purpose of maintaining high price levels.

The supply part of this strategy has turned out to be an extremely slow process, partly because the initial price collapse ended with WTI in the low $40s, a level that was not low enough, long enough to cause high-cost shale oil companies to collapse, especially if well-hedged, and partly because shale oil producers have shown that they are more innovative, resilient and well-financed than envisioned.

However, the challenges faced by shale oil companies seem to be endless. As WTI prices dip into the $40s for a second time this year, Reuters suggests that “it is unclear whether the [current] price decline will give drillers pause, as many oil producers had been counting on $60 or $65 prices to support new wells.” And we shouldn’t forget that hedges purchased a year ago were about $85 to $90, and since then these hedges either have expired or soon will. More recent hedges are in the low $60s.

Low prices aren’t the only headwind confronting shale oil companies. If they are “lucky,” they are choking on high interest expense. Bloomberg reports that “interest payments are eating up more than 10 percent of revenue for 27 of 62 Bloomberg index drillers.” If they are not so lucky, they are struggling to maintain sufficient financing at any cost.

Reduced profitability, lower hedge value and lower collateral (the value of producers’ reserves) are putting adequate levels of bank financing in jeopardy. According to Bloomberg, “bank regulators have issued warnings on the risks involved in lending to U.S. drillers” and Reuters advises that, “U.S. banks are setting aside more money to cover bad loans to energy companies.”

The next reevaluation of oil and gas credit lines is typically in October, which doesn’t leave much time for companies to boost profits and/or for the oil markets to rebound. A credit downgrade could easily be a deathblow.

On the financing side, a ray of hope for some companies may be cash from BlackRock, the world’s largest asset manager. They have made it known that as banks withdraw from some energy projects, BlackRock may be willing to step in with “private equity ownership deals and private lending deals.” (Reuters)

On the operating side, it is essential for shale oil producers be innovative and efficient, reducing expenses in any reasonable way possible. Motley Fool advises that large service contractors Schlumberger and Halliburton believe that producer costs can be lowered considerably by “closer collaboration between operators and the service companies,” i.e., allowing the latter to have “a bigger voice in the initial decisions that go into designing an oil project.”

Also, there is a huge “fracklog” of wells that are drilled but uncompleted (drilled but not fracked). Much expense has already been incurred, so the incremental cost to bring oil to market is exceeded by even sub-$60 oil revenue. Another procedure that is less expensive than drilling and fracking is refracking. Shale oil wells typically have a short life span. Refracking increases the volume of reserves held in a well and boosts the flow of crude. Experts estimate that there are about 100,000 horizontal wells that could be restimulated.

Last of all, recently hedging a portion of production in the low $60s was a good idea. It’s much closer to breakeven than low $50s or high $40s. Hopefully this and the other foregoing measures will give shale oil producers a fighting chance, which is better than the situation confronting non-OPEC, non-shale producers, such as North Sea, Canada and offshore megaprojects. These are high-cost, high-risk ventures that simply cannot stand up to current financial pressures. In this case the OPEC strategy is definitely working, but squeezing shale hard enough to reduce its output remains the supply-side grand prize.

Over the next year and a half, OPEC may discover that increasing demand is the part of their strategy that doesn’t work. Sure there are easy gains to be had, such as Americans on the road more during the summer driving/construction season (which is ending), but on the other hand, economies all over the world are struggling to maintain the status quo, let alone thrive, with demand for commodities, including oil, falling and in some cases collapsing.

China is the most glaring example. China’s imports of oil and metals fell sharply at the start of 2015. A number of U.S. companies, such as United Technologies, Caterpillar and Apple, have cited China’s slowdown as contributing to missed second quarter sales and profit results. Apple advised that, “evidence of a widespread demand reset from China is mounting.”

China is ramping up its diesel exports and contributing to a global distillates glut, “as its local market cannot absorb all of the fuel its refineries are pumping out, and inventories are full.” (Reuters) A private survey recently showed that China’s factory sector contracted in July by the most in 15 months. Reuters reported that, “massive losses on the Chinese equity markets are likely to compound the concerns about a weakening of Chinese oil demand. Some companies [in China] may be facing heavy losses after [leveraged] speculating in stocks.”

Prospects for oil demand growth are looking weak in areas of the world other than China. The International Monetary Fund (IMF) warned that in the Euro Zone, “medium-term [outlook is] for an average potential growth of just 1 percent [per year].” (Reuters) In early July, the IMF cited lower commodity prices as a threat to emerging markets, low-income developing economies and commodity-based economies.

Based on current trends, reduced supply with a huge inventory overhang and without substantially increased demand will result in a far lower rebalancing price level than what OPEC targeted, surely necessitating other, yet to be determined measures.

Arguments are being made to lift the ban on exports of domestic crude. Bills to that end have been introduced in both houses of Congress. This summer, Speaker Boehner proclaimed that he supports passage of the House bill, “claiming it would help lower gasoline prices, create about one million domestic jobs in oil drilling and related industries and would be good for U.S. allies, some of [whom] are eager to lessen dependence on crude from Russia.” (Reuters)