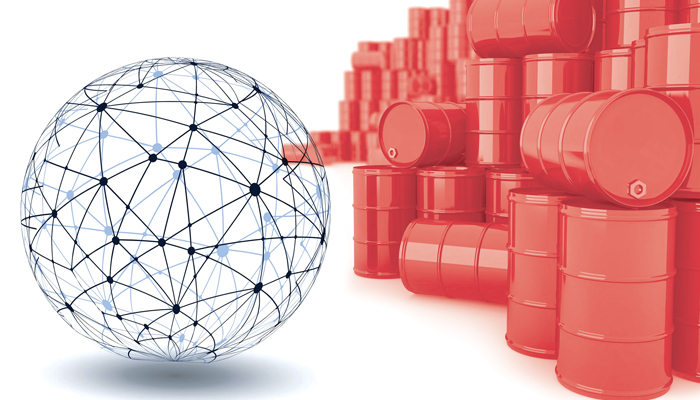 There was a particularly stunning difference between the supply outlooks in the April OPEC monthly oil market report and the April monthly International Energy Agency (IEA) report. The OPEC report espoused the cartel’s “company line”, i.e., supply is declining (“given expectations for lower U.S. crude production in the second half of the year”), demand is increasing and “higher refinery needs” will reduce “the current overhang in inventories.” Therefore, just as OPEC planned, the oil markets will rebalance.

IEA concurred that demand is rising, and they increased their 2015 global oil demand growth forecast. Regarding supply, however, they advised that world oil markets may take longer to tighten than expected, due to supply rising faster than demand. The disconnect between these two missives is that OPEC may have misjudged the resiliency of shale oil production.

A recent report by Citigroup confirms what shale oil producers have been saying for months: Cost-cutting, technique and technology will “deliver ample profits, even at $50 crude.” (WorldOil.com) Shale companies are putting pressure on oil service suppliers to reduce costs. Techniques include idling rigs in least productive areas and concentrating remaining rigs in the most prolific regions. An example of technology is “pad drilling, which allows producers to drill more wells with fewer rigs.” (WorldOil.com)

Through a combination of technique and technology, “oil output per rig has risen 29 percent in North Dakota’s Bakken region and 30 percent in east Texas’s Permian Basin.” (Vox.com) The U.S. Energy Information Administration (EIA) advises that, “Across the seven major shale-producing regions, oil output from new wells is expected to rise 3 percent in May compared with April.” That’s 3 percent higher productivity in just one month!

In addition, part of the OPEC strategy for financially squeezing the shale oil producers is driving oil prices low enough to where many of the shale folks will be forced into bankruptcy. They won’t be able to service their mountains of debt and/or reduced asset values, i.e., oil in the ground, will no longer support high lines of credit and reduced credit will put producers in a cash flow bind.

However, a funny thing happened on the way to bankruptcy court. U.S. interest rates cratered, the equity markets became frothy, and shale oil production was viewed as an opportunity offering good return on investments in companies that are far from overvalued. Due to lack of good alternatives, there has been a flood of funding from capital markets into shale oil company debt and equity. Obviously, OPEC never saw this coming and it underscores what a gamble they took in choosing maintenance of market share over production cuts.

Another financial consideration that surely vexes OPEC, because it protects shale oil companies from collapsing prices, is hedging. When oil prices rally as they did in April, producers are able to lock-in future selling prices at levels that ensure adequate profitability. The proof of this is in a recent Bloomberg report: In mid-February, the largest Bakken producer had hedged 18 percent of 2015 estimated output; in late-April, their 2015 hedged production had increased to 38 percent.

Lastly, it turns out that shale oil producers are incredibly flexible. This is because shale drilling is a two-part process. First a drilling rig bores a horizontal well through the underground shale layers. Then a separate crew uses water, sand and chemicals to crack the shale and release the oil. According to 247wallst.com, the second part, hydraulic fracturing or fracking, “accounts for as much as two-thirds of the cost of the well.”

It is quite common for wells to be drilled, but not fracked. Drilled but uncompleted wells are called “DUCs” or “ducks” and the growing reserve of ducks is referred to as a “fracklog” (favorite new word). The size of the fracklog is difficult to determine, but estimates are typically within the range of 3,000 to 4,000 ducks. Bloomberg claims that the fracklog has tripled in the past year.

Oil futures markets look at active drilling rig counts, reported weekly by Baker Hughes, as a good indicator of future levels of shale oil production. According to Reuters, the CEO of Schlumberger, the world’s largest oilfield services company, recently made it clear that there is a “disconnect between rigs drilling for oil and the trajectory of U.S. production.” There are two reasons for this: (1) “a growing reserve of wells that have been drilled but not yet hydraulically fractured and (2) increased activity in re-fracking wells that are running dry.” It is estimated that “at least 2,700 wells have been identified as candidates for re-fracture in North America.”

It’s important to know why ducks and a fracklog are essential components of shale oil producers’ flexibility. Two benefits of ducks are deferring the expense of well completion during lean times and encouraging higher oil prices through reduced over-production. Another benefit is not selling into a low-price environment and instead waiting until prices rise again. Shale oil wells decline relatively rapidly, so it’s important to select the high-production window wisely.

Other advantages are that ducks can be put into production more quickly than a well started from scratch, and increased bargaining leverage with oil service companies in negotiating the cost of the well completion work (in the last several months, fracking costs have fallen as much as 35 percent).

Consequently, fracklogging enables production flexibility that U.S. oil companies lacked prior to the advent of shale oil. This flexibility to curtail and ramp up output easily and somewhat quickly means that Saudi Arabia is no longer the world’s only swing producer. In their new role, shale oil companies won’t be as efficient as Saudi Arabia, because the latter is a single, state-run operation that can rapidly turn spare capacity on and off. In the U.S., there are dozens of independent companies operating without coordination.

As Bloomberg put it, “U.S. oil can respond, but the response is going to be messy, it’s going to be jagged and it’s not going to happen overnight.” The CEO of ConocoPhillips asserted that, “We’re going into a world that’s going to be characterized by lower and gradually rising prices, with a lot of volatility.” In other words, we can expect a series of alternating mini-booms and busts.

The good news is that shale oil producers are motivated by profit only and not geopolitical agendas. The profit motive will ensure that ducks will be completed in a measured manner, so as to capture higher prices without flooding the market and bringing about a price collapse. On the other hand, shale oil companies won’t be creating artificial shortages, in order to bring about exorbitant prices.

Furthermore, we are assured that shale oil swing producers will continue to improve their competitiveness through cost-cutting, improved techniques and cutting-edge technology. According to Reuters, over the last six years, “the time needed to drill and frack new wells dwindled to about 10 days from 40.” Going forward, we can expect more of the same.