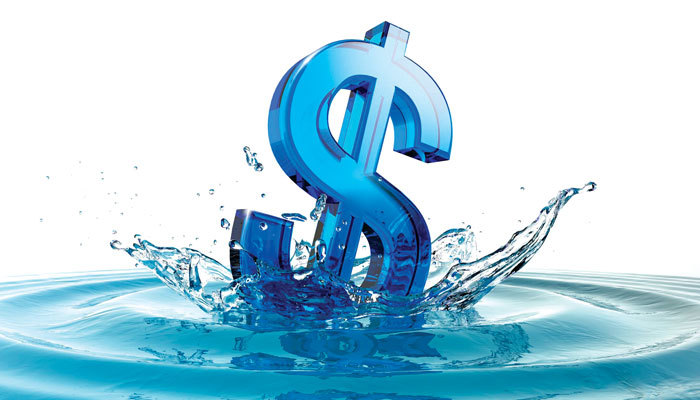 Low prices could last, but hedging is a prudent strategy in the face of continuing uncertainty

Volatility has returned to the oil markets with the recent plunge in world oil prices. Let’s take a quick look at the sequence of events, starting six years ago, when oil prices had an extremely volatile year.

In December of 2008 during the Great Recession, domestic and international crude oil prices began climbing back up from respective lows of $32.40/bbl (WTI) and $36.20/bbl (Brent), to hit a peak of over $105 by early March in 2011. From that point and continuing through the summer of 2014, futures prices traded in a narrower and narrower range, with the low volatility evidenced by its translation into relatively cheap option premiums.

A Convergence of Factors

We can point to a number of factors putting pressure behind the sharp 42 percent sell-off over the period, including:

Especially with the renewed volatility, prices may or may not have recovered somewhat since the time of this writing in early December, when technical indicators were pointing to oversold conditions.

In any case, the question on everyone’s mind after OPEC made no move to defend oil prices remains – how much further could oil prices fall?

On the demand side, there has been little to present in favor of the bullish case. While the U.S. economy has continued to be a relative bright spot, the European Central Bank (ECB) forecasted in December that Eurozone economic growth would come in at just 0.8 percent for 2014 and 1.0 percent in 2015 (down from previous forecasts at 0.9 percent and 1.6 percent). Meanwhile, Japan had entered recession with a contraction in the second and third quarters. The U.S. Energy Information Administration (EIA) predicted a 0.3mb/d contraction in OECD petroleum and liquid fuels consumption for 2014, largely due to Japan and Europe.

Of course, OECD countries have not been the main drivers of global oil demand growth. Rather, this has been emerging markets, like in China, where economic growth is forecasted at around 7 percent this year, down from an estimated 7.4 percent last year and at its slowest pace in 24 years.

On the supply side, we consider OPEC and non-OPEC output in turn. The OPEC cartel successfully reduced output and raised prices for political reasons in the early 1970s, as Arab states imposed an embargo in response to U.S. aid to Israel during the Yom Kippur War.

Saudi Arabia, the organization’s most influential member and which accounts for one third of its output, at 9.65mb/d according to Bloomberg, has traditionally acted as swing producer in order to help keep output near target. Over the first half of the 1980s, Saudi Arabia slashed production from 10mb/d to below 2.5mb/d. This showed that the Kingdom had the ability and the will to, in large part, enforce an output target for the cartel, but also likely taught another lesson: Other producers gained market share, and higher prices led to increased investment (and later production) in places such as the North Sea.

This time around, Saudi Arabia has indicated it is unwilling to lose market share to others, preferring to push out higher-cost producers. Without enforcement, which is difficult to achieve in the first place, it is very difficult for a cartel to function, because individual members have an incentive to cheat – increased revenues.

In fact, data from the International Energy Agency (IEA) indicates that OPEC output has been running above its 30mb/d target for most quarters since it was set a little over three years ago.  While countries such as Saudi Arabia (with $900bn in savings), the UAE, and Kuwait could weather depressed oil prices and still meet budgetary needs for some time due to large financial reserves, other countries such as Venezuela, Iran, and Libya do not have this ability.

The International Monetary Fund (IMF) estimates budgetary break-even Brent crude prices at $184.10 for Libya, $130.70 for Iran, $106.00 for Saudi Arabia, and $77.30 for the UAE, with few members enjoying a break-even price of below $70 per barrel such as Kuwait ($54) and Qatar ($60). The question then becomes, at least until budgetary pressures begin to mount, how will non-OPEC output – in particular, the light, tight oil from North American shale plays – fare under the reduced price environment?

Compared to Saudi Arabia’s per-barrel production cost of $5-$6, according to The Economist, U.S. and Canadian shale plays are certainly more expensive. Estimates vary, however, as to how low prices need to fall before output begins to decline. The EIA cut its U.S. supply growth forecast for next year by 80kb/d to 9.4mb/d in its Short-Term Energy Outlook issued in November, but this would still be the strongest average yearly rate of production since 1972, and total U.S. petroleum liquids output exceeded 12mb/d for the first time ever in October, according to the IEA.

ScotiaBank estimates breakeven costs for the Eagle Ford play in Texas at $50/bbl, the Permian basin at $68/bbl, and $69/bbl for the Bakken in North Dakota. A state study from North Dakota, however, says most Bakken wells are profitable below $42/bbl, with oil rigs in McKenzie County (which holds 72 of 188 of the state’s oil rigs) at just $28/bbl. Since the start of the shale boom, technology and methods have improved, increasing efficiency and reducing costs – a trend likely to find support from a low-price environment.

Moreover, many producers have locked in prices with hedges. Noble Energy and Devon Energy have hedged three quarters of next year’s output, and Pioneer Natural Resources has options on two-thirds of expected production through 2016, for instance. In other words, while low prices are likely to bite into new investment – indeed, data from DrillingInfo reported by Reuters showed a 15 percent drop in drilling permits across 12 major shale formations – this does not mean output will not continue to grow in the near future.

The above analysis highlights some of the factors behind the sharp decline in oil prices in the second half of last year, and should serve as caution in picking a price bottom, due not only to the ability of influential OPEC members to weather this price environment, but the likelihood that growth in North American shale output is likely to be more resilient than one might first believe.

Of course, geopolitical factors could push prices back up with very unstable situations in Iraq and Libya, and an analyst survey by Reuters in early December put the average Brent price forecast for this year at $82.50/bbl.

No matter which way prices end up moving in the future, with OPEC not having defended prices as they fell to four-year lows and as volatility was injected back after a period of increasing stability, it certainly appears that we have entered a new chapter in the oil markets – one in which we and our customers can for now enjoy lower prices, and one in which the need to hedge risk against market price fluctuations has become more apparent, although it has always been prudent.