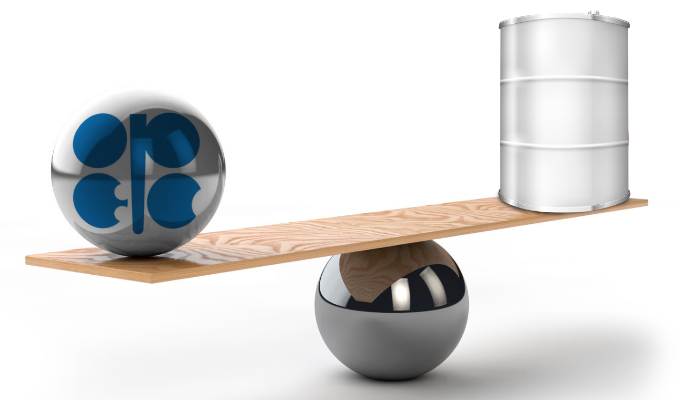 Moving on From Output Cut Deal

In January 2017, OPEC and allied non-OPEC oil producers, most notably Russia, implemented a reduced production agreement for the purpose of rebalancing supply and demand by means of eliminating excess global crude inventories. The goal was to draw down developed nation stockpiles to the five-year average. Technically, higher price was not the goal, but achieving a tighter oil market would obviously apply upward pressure to price.

“When the output reduction deal went into effect, [advanced economy] inventories were 340 million barrels above the [five-year average]” (Oilprice.com). That excess dropped to just 74 million barrels in January 2018, so cutback agreement participants are knocking on the door. Although the pact has been extended to the end of this year, it would seem that an earlier termination might be appropriate.

Somewhat unexpectedly, OPEC disdains what’s appropriate. Reuters reported that Saudi Arabia Energy Minister Khalid al-Falih believes that “OPEC would do better to leave the oil market slightly short of supplies rather than ending [the cutback deal] too early. ‘If we have to err on over-balancing the market a little bit, so be it,’ Falih said. [And he] has insisted the cuts will continue throughout 2018.”

Furthermore, the kingdom’s energy minister went so far as to back away from the advanced economy five-year average inventory target, newly asserting “that OPEC and its allies would need to consider [adjusting] targets and should take into account developing nation inventories, floating storage and oil in transit” (Reuters).

It’s ironic that Saudi Arabia should suddenly take interest in developing nation stockpiles. According to Oilprice.com, “a good deal of OPEC’s success in lowering [advanced economy] inventories has been by directing exports to emerging markets instead. [Specifically, in June 2017, Saudi Arabia] started increasingly favoring sending crude to Asia at the expense of North America. Asian inventories [are] much more opaque, meaning barrels could be squirreled away out of sight, and sending crude [to the Far East] meant it kept crude out of [developed nation] inventories. As for deliveries to the U.S., they were conspicuous by their absence, [facilitating] inventory draws and adding to bullish sentiment.”

The obvious question is, “Why is Saudi Arabia changing horses, i.e., targets, mid-stream?” The straightforward answer is that, due to the rapid growth of U.S shale oil production, crude prices are not consistently at a high enough level to meet their needs, which likely is Brent futures one and two years out at $70 per barrel.

These needs are related to transformation costs, social costs and the forthcoming Saudi Aramco 5 percent initial public offering. Transformation costs are expenditures associated with diversifying the kingdom away from near total dependence on oil revenue, which has been dubbed Vision 2030 [EDITOR’S NOTE: See “Saudi Arabia’s Transformation,” by Rick Trout, Oil & Energy, Volume 20, Issue 1, January/February 2018]. Social costs refer to “generous subsidies and public-sector jobs that underpin the Saudi economy,” which must be withdrawn very gradually so as to not erode popular support for transformation measures (Bloomberg).

Once crude prices achieve a level that meets Saudi needs, it’s intuitive that cutbacks by output reduction agreement participants cannot be abruptly abandoned. That would obviously result in a supply surge that would flood global markets and send oil prices plunging. Some other arrangement must be devised and implemented in place of the current pact, something that is capable of maintaining stable oil markets. OPEC is currently evaluating possible replacements, and this endeavor will certainly be on the agenda when the cartel and their partners meet in Vienna in June.

Cutback participants expect to ease production constraints in 2019. The Saudi energy minister suggests that this will occur within “a permanent framework [involving OPEC and] other major producers, [which includes] a market-monitoring [function] that allows [the group] to take quick decisions; a market [with] a steering wheel” (Reuters).

John Kemp of Reuters notes that there are three important considerations associated with easing production higher: timing, scale and managing market expectations. As mentioned above, the new alliance will probably be implemented when Brent futures one and two years out are consistently at $70 per barrel. This may be too late to avoid over-tightening, but the issue is price, not supply.

“The scale of the output increase [must be such that] the extra supply is absorbed by growing consumption,” writes Kemp. “[The third challenge] is managing market expectations. [Speculators] have built a record bullish position in crude [and] any sign that producers are preparing to increase their output could trigger a rush to exit from some of those bullish positions and a sharp fall in prices.”