Signs Emerge of an Oil Recovery 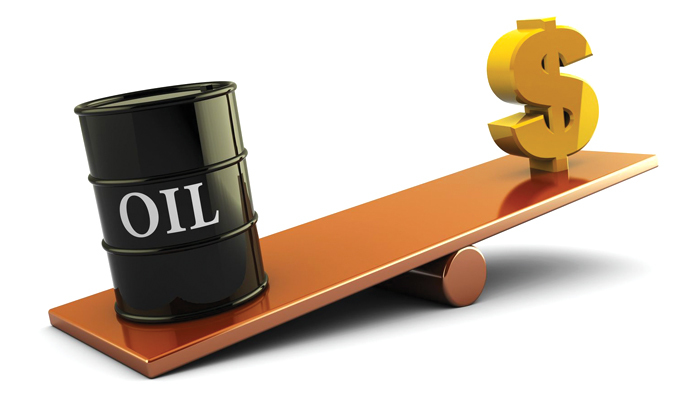 Many oil market observers are wondering if the current price slide of almost two years has reached a bottom or is close to doing so? Of course only hindsight can answer that question, but the first signs of a recovery are emerging. For instance, motor fuel demand continues to grow, with consumption in North America and Europe at or near record highs and “2.5 million new cars [hitting] the market in China every month” (Reuters).

In addition, shale oil production is presently in decline, due to poor production economics, cash flow issues and credit difficulties. The combination of falling supply and growing demand decreases global overproduction and moves the marketplace toward rebalancing of supply and demand. Rebalancing is a slow process. The International Energy Agency (IEA) has forecast that stockpiles will continue to build until the end of 2017.

Massive Inventory Overhang
Working off a massive inventory overhang is an even slower process. “Once the market rebalances supply and demand, there is still going to be [excess] oil in storage tanks that will take [additional] years to clear” (247wallst.com). Recently Bloomberg published an article that summarized the math pertaining to how long it will take to clear excess global inventory: “Taking [IEA’s] projections for how quickly inventories will fall, and estimates from Energy Aspects Ltd. that 290 million barrels will flow into China’s strategic reserves, it will take until 2021 to clear what’s accumulated” from 2014 through 2017.

This will not preclude oil prices from moving higher, but it will moderate the velocity and magnitude of price increases. From a historical perspective, when oil prices plunged in the mid-1980s, “prices did not recover for 20 years. [Kuwait’s oil minister at the time has] estimated it will take seven to 10 years to emerge from the current slump [and shale oil is a critical factor in this projection]. He notes that the wells that have closed can easily re-open. Shale stands to put a long-term damper on global markets, because when oil prices rise even a little, [shale oil] output can pop back to market far easier than expensive deepwater or Alaskan production did decades ago” (Reuters). Shale oil’s capacity to quickly rebound retards rebalancing, inventory depletion and price recovery. There is support for the former oil minister’s observation. A recent Reuters survey of 30 economists and analysts forecast that Brent would average $40 a barrel in 2016 (higher than $40 in the second half of the year). Shale oil producers claim that at $45 a barrel, they can frack drilled but uncompleted wells (of which there are thousands) and at $55 they can drill and frack.

Other Signs of Recovery
Beyond growing demand and declining supply, other signs of oil market recovery include OPEC and Russia’s cooperation in jointly freezing crude production at January 2016 levels. In and of itself, such an agreement won’t accomplish much in the pursuit of rebalancing, but it is a first step. It establishes dialogue and perhaps trust in compliance, and it could lay the groundwork for future cuts that will be more meaningful. In addition, there is a long list of geopolitical hot spots and countries destabilized by low oil prices that could erupt in supply-disruptive conflict at any time, resulting in significantly more rapid rebalancing. Just the specter of such conflict can elevate oil prices by means of a risk premium. In addition, more long positions and fewer short positions held by money managers indicate a possible market turnaround, and there are currently technical patterns that signal a bullish reversal.

The final sign of recovery is market sentiment becoming substantially more bullish. This is easy to discern. When sentiment turns bullish, traders increasingly discount or ignore bearish news. We saw an extreme example of this last month. On a Wednesday morning, there was a brief price surge attributed to a Russian pipeline that was damaged by a power failure and was projected to be back in service within 24 hours. It’s absurd that this would move the oil markets, and the price surge was soon reversed upon the return of rationality. At the same time, EIA was reporting a 10.4 million barrel build in WTI stocks, one of the largest weekly inventory increases in the last year, and the oil markets yawned; no big deal.

Premature Price Surge?
Is it possible that the foregoing signs will lead to a false rally, a head-fake, a dead cat bounce, before the real turnaround materializes? Yes, it is feasible. In early March, prices likely moved too high, too fast, with crude and products entering overbought territory. At the time, Goldman Sachs said as much, asserting that, “the recent surge in [oil] prices has come prematurely” (Reuters). Much of the current bullish sentiment is inspired by announced shale oil production cuts, which haven’t materialized yet. Goldman calls these production pullbacks “green shoots” and suggests that they “are not [yet] sufficient for a new sustainable bull market” (Reuters). Furthermore, the bank notes that a premature rally prolongs the oil industry’s agony, in that “an early rally in oil prices would prove self-defeating as it would limit the supply curtailments that are necessary to rebalance the market” (Reuters).