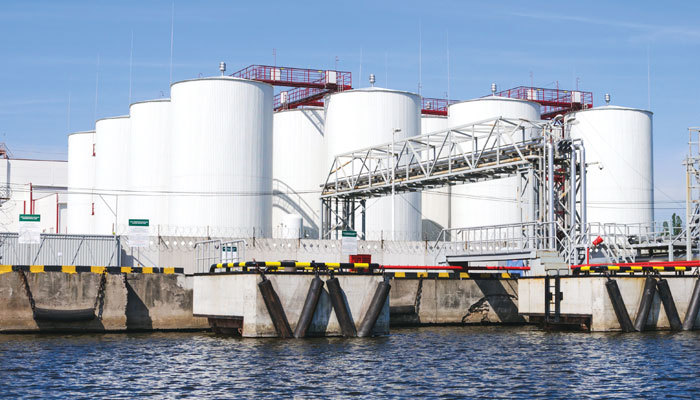 U.S. distillate inventories, according to data from the Energy Information Administration (EIA), ended the 2014-2015 heating season with a small surplus to their five-year average despite starting the season with an 8 percent—or 13.7 million barrel—deficit.

Strong production and a slow start to the heating season helped stockpiles recover to a narrower 2.2 million barrel (mb) deficit by early January. The front end of the season was warmer than normal and warmer than in the previous winter, with 8 percent, 3 percent, and 2 percent fewer home heating oil weighted heating degree-days for New England, the Mid-Atlantic, and the Lower Atlantic, respectively, year-over-year, from July 1 through December 31.

Meanwhile, refiner and blender net production of distillate fuel oil averaged 5.153mb/day in the six weeks through the end of December 2014, compared to 5.109mb/day the year prior.

An expansion in product crack spreads helped incentivize already-strong production, and the development of a carry in the forward curve with the sell-off in crude oil prices helped provide incentives to store.

U.S. refineries took in their highest net input of crude oil in five years each week throughout the 2014-15 heating season and continued to set new five-year highs through late June. The 3:2:1 WTI crack spread (an indication of refinery margins that is reflective of the fact that a barrel of crude oil generally produces roughly 2 gallons of gasoline for each gallon of distillate) began running stronger than last year in February, and averaged 14 percent stronger over the May-June period. The EIA reports that first-quarter profits for the downstream sector were the largest for any quarter since the third quarter of 2012 and nearly $6 billion higher than last year.

One incentive to store product has been the shape of the forward futures curve. A contango or carry developed as the front end of the NYMEX WTI futures curve fell faster than the back end, allowing traders to lock in the calendar spread as profit (less storage and financing costs), and indeed many did so, storing large volumes of crude oil both in floating and onshore storage facilities. The NYMEX HO (ULSD) and RBOB futures forward curves also developed a carry, providing similar incentives. As of this writing, the February NYMEX HO (ULSD) futures were trading at an 8.87-cent premium to the August front-month.

Demand picked up in the tail of the heating season as a consequence of below-normal temperatures. By the end of the heating season in April, New England, the Mid-Atlantic, and the Lower Atlantic had seen 6 percent, 10 percent, and 7 percent more heating degree days than per the 1981-2010 normal, and a nearly equal count to the 2013-2014 heating season in all three regions as well. Nevertheless, helped by the aforementioned factors, U.S. stockpiles had more than eliminated their deficit to the five-year average of 7.5mb as of the end of refinery maintenance in late February, by the June 26 reporting week.

Where will inventories be by the end of the building season? Are we more likely or less likely to have cause for concern over basis spikes this winter? Due to the boutique nature of the home heating oil market, this has become an increasingly complex question. Distillate inventories nationwide as of late June stood at 121.5mb, enjoying surpluses of 2.6 percent and 11.8 percent to the five-year average and to last year, respectively. Should the remainder of the heating season follow the five-year trend, stockpiles would peak in mid-September at 147.4mb, 19.6mb higher than last year.

Even if inventories follow last year’s slower pace, they would still end up with a yearly surplus of nearly 15mb, and a solid cushion against basis blowouts. It is a similar story on the East Coast, where inventories have climbed quickly towards their five-year average and would see a small deficit of 1.6mb to the five-year average but an 8.9mb surplus to last year given the five-year trend, or a 3.1mb five-year deficit but still a 7.5mb yearly surplus given last year’s weaker trend.

The East Coast market is not a homogeneous distillate market, however. The State of New York, the largest state by residential heating oil consumption, implemented a 15 parts per million (ppm) sulfur limit for home heating oil in 2012. Rhode Island moved to a 50ppm sulfur limit in 2013, and Vermont, Massachusetts, Connecticut, and New Jersey implemented a 500ppm limit last summer. According to Platts, these states accounted for 2.163 billion barrels of demand in 2012, which 62.3 percent of the total U.S. demand. Just a few days before the time of this writing in early July, the city of Philadelphia had joined New York in enforcing a 15ppm limit.

The supply side adapted very well to the tighter specifications last year, with combined ultra-low (0-15ppm) and Low (15-500ppm) sulfur distillate inventories reaching a seasonal high of 36.65mb in mid-October, which was sufficient to put the deficit to the five-year average at just 1.0mb by the late February seasonal low.

The overhang at the start of the season had to be large, as implied demand on the East Coast for ultra-low and low sulfur distillates averaged 80.56 thousand barrels (kb)/day and 45.15/day stronger than last year at 1.14mb/d and 0.07mb/d, respectively, over the October-April period. These implied demand figures are imputed estimates derived from weekly EIA production and stock level data in combination with monthly import, export, and inter-PADD (PADDS 1, 2, and 3) movements.

While 0-500ppm sulfur distillate demand averaged 125kb/day higher year-over-year, as one might expect, high sulfur implied demand fell by an average of 95kb/day last heating season to 207kb/day. There was not much of a building season to speak of, however, as stockpiles were estimated at 7.74mb on May 30, 2014 and at 7.72mb on October 31, 2014.

Consequently, although inventories managed to reach a 9.52mb peak by late November, the colder tail end of the season had cut them back down to 4.43mb by the second week in April. Should stockpiles follow last year’s trend (the five-year average would not be very relevant given the changes in sulfur regulations within PADD 1), inventories would be at a 2.52mb deficit to last year by early October, at 4.36mb, which is 15 days’ supply at the 285kb/day peak monthly average implied demand from last season (December).

By contrast, combined low and ultra-low sulfur inventories had already eclipsed the October 2014 seasonal high by late June, with months left in this year’s building season. Should stock levels follow the trend from last year, they would reach 46.6mb by mid-October, a nearly 10mb surplus to last year and 29.5 days of supply at the peak seasonal monthly average implied demand of 1.58mb/day seen in February. All else equal, low sulfur distillate inventories appear likely to provide a solid cushion against basis spikes this winter.

The same cannot be said for high sulfur heating oil, however, and a potential jump in pricing here could lead to an effect, though dampened, on low sulfur differentials as well. This is due to very minimal production of 15-500ppm distillate, with U.S. production averaging just 108kb/day from April through June.

Ultra-low product, which averaged 4,626kb/day production over the same period, is likely to be blended with high-sulfur product, whose production averaged 210kb/day, in order to satisfy demand. Last year, flows of 15-500ppm sulfur from the Gulf Coast to the East Coast were minimal (less than 12kb/day), indicating such blending occurred within PADD 1 itself.

The above are simply projections based on current conditions and historical trends. In any event, basis protection strategies—be it through fixed differentials agreements or through the use of wet barrels with put options—are always a tool you can choose to pick up from your arsenal, and you may be more apt to pick up this tool if you are in one of the remaining high sulfur markets.