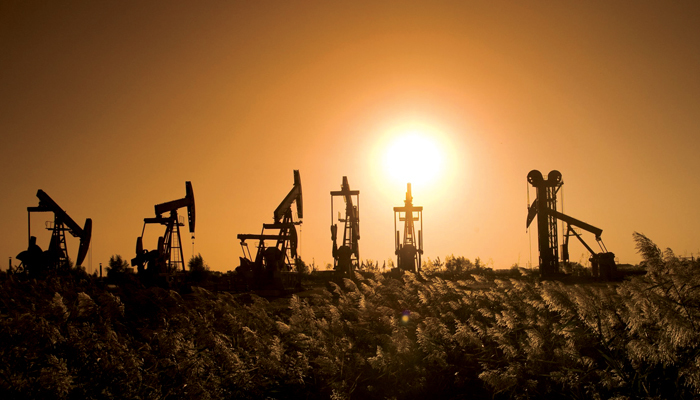 Residential heating oil prices on the East Coast averaged 78.5 cents weaker than the same time last year, at $2.187 per gallon on January 4, according to survey data from the Energy Information Administration’s (EIA) State Heating Oil and Propane Program (SHOPP). U.S. crude oil prices over the same period fell $15.93 per barrel (bbl) or 30.2 percent to $36.76/bbl amid rising domestic and global crude oil inventories with weakness in emerging markets, stubbornly resilient shale oil production, and as OPEC maintained its strategy for defending market share rather than oil prices.

Domestic commercial crude oil inventories, despite seasonal declines in recent weeks due to strong refining activity, sat at 482.32 millions barrels (MMbbl) at the start of this year. This was 99.93 MMbbl or 26.1 percent higher than the same week the prior year, and up 36.3 percent against the five-year average. With refining activity due to take a seasonal downturn, the five-year average and last year’s pattern called for stocks to begin climbing again, exacerbating the situation.

In December, the 40-year old crude oil export ban, put in place in 1975 following the Arab oil embargo, was repealed as part of a spending bill funding the government through September. While this might look like a relief valve for the domestic supply glut, the United States is a net importer of oil, and economics may not be that favorable given a narrow Brent-WTI spread and the relatively high quality (and therefore relatively high value) of U.S. light tight oil, making a surge of exports unlikely.

Stocks Are Building Worldwide
From a global perspective, lifting the export ban makes the market more efficient and is therefore most likely bearish for crude oil prices. This was also the conclusion in a study conducted by the Energy Information Administration (Effect of Removing Restrictions on U.S. Crude Oil Exports, September 2015). Moreover, global stock balances were expected to continue to build.

The Paris-based International Energy Agency saw the global oil market oversupplied “at least until late 2016” in its monthly oil market report released in December. The agency predicted an “impressive” 300MMbbl of oil would be added to inventories this year, but with expected foreign storage capacity additions of 230MMbbl and remaining surplus of around 30 percent of U.S. storage capacity, tank tops were not seen likely to come under pressure. Not only are there strong oil inventories from which refiners could draw in the event of stronger demand or weaker production, there are also strong product stockpiles as well.

Despite the favorable refined product price climate, IEA data showed OECD middle distillate stocks at a 43MMbbl surplus to the five-year average—33.1 days of supply—at the end of October. European refined product inventories were 34MMbbl above their five-year average. In particular, Amsterdam-Rotterdam-Antwerp stockpiles held a large 25MMbbl surplus to the average, with 15MMbbl of that attributable to middle distillates. European spot ULSD prices had fallen to about $50/bbl, their weakest since early 2009, and high sulfur fuel oil prices fell by $4.55/bbl due to strong freight rates narrowing the Northwestern Europe to Asia arbitrage to near $23/bbl—a seven-year low. Gasoil stocks hit a record high of 6.307 million metric tons in December, according to Genscape, up by 2.328 million metric tons since May 15, filling gasoil storage capacity at the hub to 75 percent. All else equal, this meant a weaker European market of U.S. distillate exports, helping them climb as well.

U.S. distillate inventories climbed seasonally to 159.42MMbbl by the start of this year, leaving them with a very healthy 22.49MMbbl surplus to the year before and near the top of the five-year range. A weak start to the winter helped contribute to this domestic distillate supply glut. According to data from the National Oceanic and Atmospheric Administration (NOAA) Climate Prediction Center, there were 387 fewer heating degree days (16 percent) in New England through January 2 compared to the same period the previous year on an oil home heating customer-weighted basis. The Middle Atlantic was even warmer compared to last year, down 509 heating degree days or 24 percent. As last winter saw a mild start, deviations versus the 30-year norm were even wider, at 23 percent for New England and 29 percent for the Middle Atlantic.

Strong Production Helps Increase Pressure
Also contributing to growing inventories were strong gasoline cracks last year that spurred production of gasoline to meet demand, which was stronger given the low prices and favorable weather, leading to stronger distillate production as a byproduct. Stockpiles on the East Coast started off this year above the five-year range, having seen counter-seasonal builds throughout October, November and December.

High-sulfur inventories in the region were near the bottom of the five-year range, but this was consistent with tighter sulfur specifications implemented in a number of Northeastern states in the summer of 2014. Inventories were actually in better shape than last year, with a 1.36MMbbl surplus. Most of the inventory overhang on the East Coast, then, was attributable to low and ultra-low sulfur stockpiles, consistent with greater demand for this category. Counter-seasonal builds from mid-October through mid-December left combined ultra-low and low-sulfur distillate inventories in PADD 1 at 54.56MMbbl at the start of the year—23.9MMbbl above last year’s strong levels and 26.9MMbbl above their five-year average. This summer, sulfur content limits are set to tighten further, increasing demand for this category, all else equal, next winter.

According to the June 30 update to the Sulfur & Bioheat Requirements for No. 2 Heating Oil in the Northeast & Mid-Atlantic States table from the New England Fuel Institute (NEFI), the District of Columbia, the state of Pennsylvania (excepting the city of Philadelphia, which already tightened specifications), and the state of Maryland were set to lower sulfur content limits to 500 parts per million (ppm) this summer. The state of New Jersey looks to tighten limits to 15ppm, and the same was possible for Delaware. Healthy low/ultra-low inventories coupled with a carry in the futures forward curve incentivizing storage and forecasts for a continued strong El Niño leading to a warmer than normal winter, indicate the PADD 1 distillate overhang coming into next season could be sizeable unless there are major shocks to the system such as weaker gasoline cracks, much stronger distillate exports and/or weaker refining activity during the stock building season.

Account Executives at Hedge Solutions were advising clients to look at reducing basis protection this heating season due to the warmer expected weather, either by reducing fixed differential agreements or simply favoring paper over physical hedges for price program gallons to varying degrees. As of this writing in early January, things were shaping up to look similar heading into next season.