A Return of Volatility 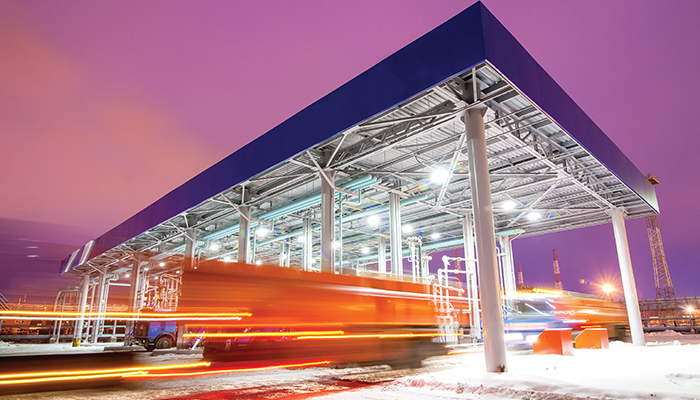 During the last three months of 2018, crude oil lost over 40% of its value. West Texas Intermediate crude futures traded on NYMEX tumbled from their 2018 peak of $76.41/bbl on October 3, to $42.53/bbl on Christmas Eve, while Brent crude dropped from $86.29/bbl to $50.47/bbl in the same period. In late September, market participants were experiencing an increase in fuel prices amid expectations that US sanctions against Iran’s energy sector (which started on November 4) could result in a significant supply shortage in the market. Contrary to these widely held expectations, the oil market took a dive instead. Several factors were at play, including politics, economics, and OPEC+ decisions.

During the months leading up to November 4, when US sanctions against the Iranian energy sector officially took effect, market analysts predicted that about 1.0 to 1.5mmb/d of Iranian crude would disappear from the global market (see “Sanctioned,” Oil & Energy Volume 20/Issue 10, Nov./Dec. 2018). OPEC leader Saudi Arabia and its ally Russia decided to ramp up their oil production considerably, hoping to offset the amount of lost Iranian oil in the market. According to OPEC secondary sources, crude output in Saudi Arabia and Russia rose by about 0.64mmb/d and by 0.31mmb/d, respectively, from June to October. Adding to the bearish tone, production in the US increased by 1.07mmb/d during the same period. So, together, the two leaders of the OPEC and non-OPEC producers raised oil supply by 0.95mmb/d, after President Trump decided to pull out of the Iran nuclear deal in May. Iranian oil exports saw a 0.9mmb/d drop in the first month after US sanctions went into effect, which was slightly below expectations.

The Trump administration signaled early on that it could issue waivers to some Iranian oil buyers who were willing to show significant efforts in reducing their oil purchases from Iran, but the likelihood appeared initially low. To the surprise of many, Secretary of State Pompeo announced on November 4 that the US would issue waivers to eight jurisdictions: China, India, South Korea, Turkey, Italy, Greece, Japan, and Taiwan, together accounting for about 80% of total Iranian exports. The waivers allowed these jurisdictions to continue buying oil from Iran for another six months, with data from Reuters showing that China was granted a waiver to import 0.36mmb/d of crude, India could import 0.3mmb/d, and South Korea could order up to 0.2mmb/d.

Adding to the downward pressure on oil prices, President Trump expressed his opinions several times via Twitter as to where he thought oil prices should go. On November 12, he wrote, “Hopefully, Saudi Arabia and OPEC will not be cutting oil production. Oil prices should be much lower based on supply!” Saudi Arabia was in a pickle, as it was getting support from President Trump against widespread accusations for the murder and dismemberment of Washington Post journalist Jamal Khashoggi, but at the same time, wanted to cut back on production after being blindsided by the Iran sanctions waivers.

One of the hottest headlines on the 2018 economic calendar was a trade war between the world’s two largest economies – China and the US. The two countries took turns slapping tariffs on each other’s exports, with three rounds of impositions. As a trade war often takes a toll on economic growth, major global equity indexes experienced heavy losses. Also unsupportive for stocks, the Federal Reserve raised interest rates four times in 2018, which can depress consumer spending and business investment. The rate hikes also helped drive an appreciation of the US dollar, and were thereby unsupportive for dollar-denominated assets such as oil. According to the Commodity Futures Trading Commission, money managers cut their combined net long US crude futures and options position in New York and London to 115,737 contracts during the week to December 18, the lowest since the week ending August 9, 2016.

In early December, the Democrats took control of the House of Representatives, while the Republicans retained control of the Senate, which could further slow down business activity, as it will most likely be more difficult and time-consuming for each party to carry out their proposed policies. 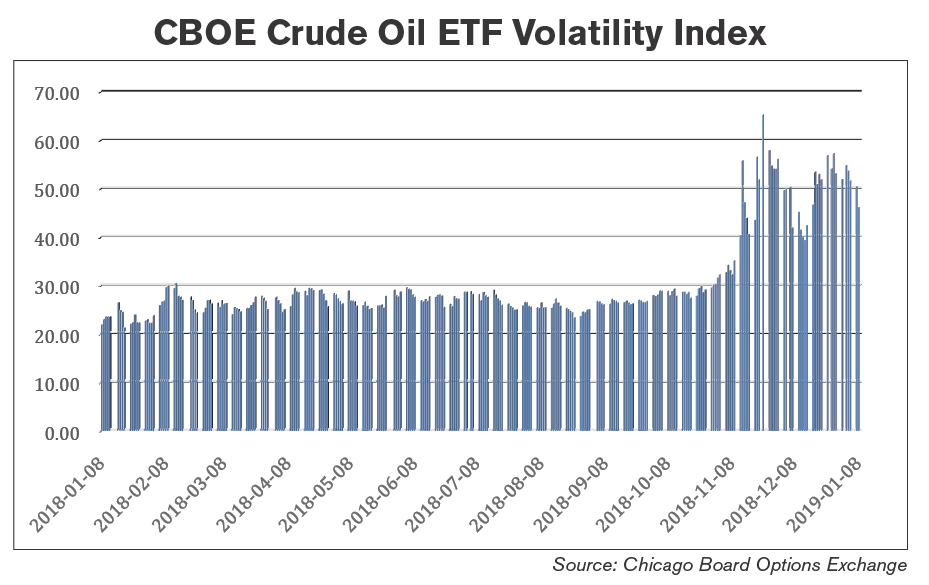 OPEC producers met with their Russian counterparts in Vienna, Austria on December 6. After the meeting, they announced a plan to cut crude production by 1.2mmb/d over the first six months of 2019, with a 0.8mmb/d cut to be contributed by OPEC producers and another 0.4mmb/d cut by non-OPEC allies (of which Russia has committed to a 0.23mmb/d cut). Iran, Libya, and Venezuela are exempted from the deal.

The past year was quite a ride for the oil market, and this year seems to start with several supportive factors for oil prices. The US and China, seeking to resolve trade issues, declared a temporary truce and agreed to resume negotiations, the Federal Reserve signaled that there might be fewer rate hikes in 2019 than previously expected, and major oil producers are expected to go through with their promise to curb global supply. To what extent these factors will materialize and how much of an effect each of them will have on oil prices, however, remains uncertain.