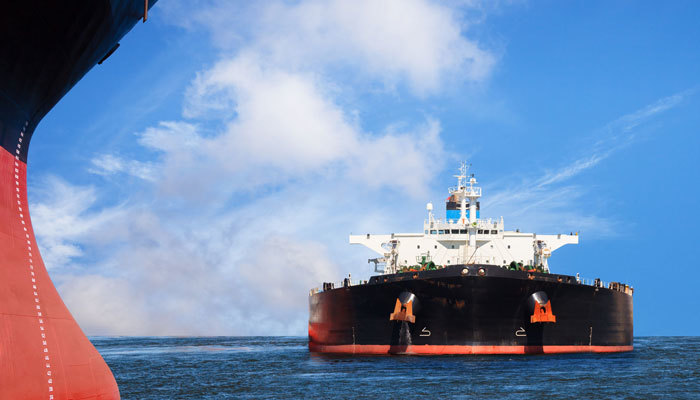 Two primary factors that have been moving the oil markets over the last year and a half are global oversupply and declining U.S. shale oil production. When crude and products have to be stored at sea because onshore storage is tight, and when EIA reports large U.S. stock builds, oversupply concerns come to the forefront, and prices move lower. When U.S. drilling rig counts fall, and when EIA reports U.S. crude production decreases, waning shale oil output is spotlighted, and prices move higher. The significance of the latter is overblown relative to global oversupply (although if the market overemphasizes lower shale oil production, you can’t ignore it).

There are powerful forces supporting oversupply. OPEC, in particular Saudi Arabia and Iraq, and Russia are in all-out production and maintain-market-share mode. It is widely accepted that OPEC is pumping one and a half to two million barrels per day (bpd) in excess of demand for their crude. Consider that in the first 10 months of last year, at least 450 million barrels (almost one-half billion barrels) were added to the global crude overhang. That is massive. Making matters worse, according to Reuters, “the consensus among industry players is for Iranian exports to rise by around 300,000 to 500,000 bpd by spring,” after international sanctions are lifted.

In addition, demand is faltering in key emerging markets, such as China and Brazil, although China continues to fill strategic and industrial reserves. As a result, Vitol, the world’s largest oil trader, “forecasts global oil demand growth in 2016 to reach around 1.35 million bpd, slowing from last year’s growth of 1.7 million bpd.” (Reuters) Consequently, the International Energy Agency (IEA) projects that the world market will continue to be oversupplied through 2016. Vitol suggests that crude is unlikely to trade above $60 a barrel this year. International banks Goldman Sachs, Morgan Stanley and Barclays all doubt that there will be rebalancing and an oil price recovery in 2016.

Regarding shale oil production, paraphrasing Mark Twain, reports of its demise are greatly exaggerated. When OPEC commenced their maintain-market-share strategy, shale oil producers were well financed and somewhat inefficient. As oil prices declined, they cut costs by means of layoffs, field service company discounts and utilization of efficiency-improving technology and techniques. Over time, the low-hanging fruit was exhausted and financing became more problematic. Analysts were admiring the resilience of the shale oil industry, but they foresaw these companies eventually hitting the wall.

However, it’s turning out that resilience hasn’t left the building. First, shale oil producers navigated through October bank redeterminations with modest damage to cash flow. Then, despite weeks of falling rig counts, domestic production numbers were flat to slightly higher. Per Reuters, “Some firms appear to still be finding new ways to drill wells faster and frack them more intensively at a lower price.” According to CNBC, mid-size oil producers “are employing [even newer] technologies and learning to produce [even] more with less. Capital efficiency is increasing dramatically. It is stunning to see how they are finding ways to survive with oil in the mid-$40s.” Of course surviving is not the same as flourishing, and a slide in shale oil output is in progress.

How bad is the U.S. crude oil production decline likely to get? EIA projects the low point will be 8.66 million bpd sometime this year. Output in late 2015 was at 9.11 million bpd, so a drop of 450,000 bpd is envisioned. Compare that to OPEC overproduction of at least 1.8 million bpd after Iran exports increase and you see excess supply that is four times reduced U.S. production. That’s why it doesn’t make sense for the market to give U.S. waning output significance equivalent to OPEC runaway production.

Adding estimated world oil demand growth of 1.35 million bpd to a .45 million bpd U.S. crude production decline will barely offset the minimum 1.8 million bpd of OPEC overproduction and will not diminish the current global crude inventory overhang that ballooned about one-half billion gallons in 2015. Additional supply cuts are necessary in order to achieve both rebalancing and stock reduction. Such cuts may be starting to materialize in the little-discussed area of offshore production.

It begins with major oil companies reducing their exploration capital expenditures in response to low oil prices. Worldwide, the 2015 reduction is estimated at 20 to 30 percent of prior year. The International Energy Agency (IEA) asserts that oil investment is likely to decline further in 2016, two consecutive years being highly unusual. Offshore projects are developed over several years. Thus projects commenced when crude was priced at about $100 are just now coming on-stream and a venture deferred today, as a result of lower capex, won’t contribute to decreased output for a few years. Therefore postponed projects are unlikely to facilitate rebalancing in the near-term.

Apart from new production, however, is oil company utilization of technology to squeeze the maximum out of existing fields. Reuters reports that oil companies are capable of “upgrading mature offshore oilfields in order to arrest their natural decline, in what is known as infill drilling. [According to oil consultant Rystad Energy,] infill drilling dropped by 60 percent between January and July 2015 compared with the same period in the preceding year, [as reduced capex necessitated that] producers abandon field upgrades … in the first clear sign of output cuts outside of the U.S. shale industry.

Based on this trend, Rystad Energy estimates that global offshore oil production in mature fields will decline in 2016 by 1.5 million bpd.” All else being equal, by the end of this year, global oil demand growth and lower U.S. crude production, along with much lower output from mature offshore fields, is capable of offsetting OPEC overproduction, balancing supply and demand and gradually depleting the worldwide inventory overhang. Perhaps OPEC’s goal is achievable in the medium-term and, instead of being entirely on the U.S., the reduced oil production burden would be spread over various nations and locations, from the Gulf of Mexico to Southeast Asia to Brazil.

Of course at some point prices will rise and shale oil production will recover. In the interim, two important factors will be ready and waiting. First, irreversible production efficiencies will be baked into the cake. Second, there will be a huge number of drilled-but-not-fracked wells. Even at current low prices the fracklog grows, in order to maintain core levels of infrastructure while delaying well completion until prices rebound. $60 WTI will likely bring shale oil roaring back. OPEC’s strategic victory may be short-lived.