Challenges to the Northeast Supply Picture 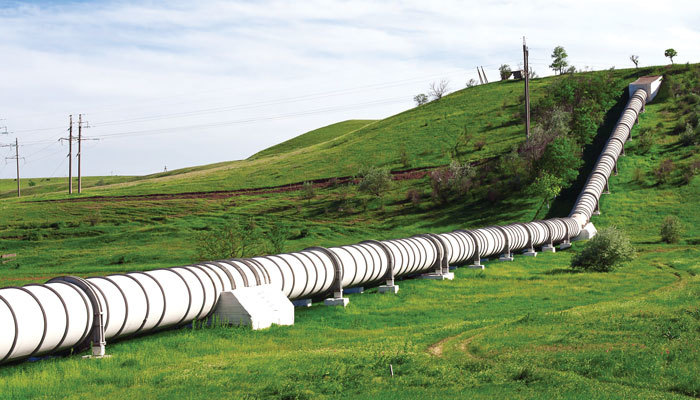 The home heating oil market in the U.S. Northeast has, much like gasoline nationwide, undergone a period of increasing heterogeneity due to varying sulfur content regulations among the constituent states.

In 2012, however, the state of New York moved to a much tighter maximum of 15ppm and, with the state consuming 835 million gallons that year, affected nearby markets in neighboring states and quickly changed the landscape of the market.

Last summer, the diversity in the regional market increased further as Connecticut, Massachusetts, New Jersey, Rhode Island, and Vermont moved an intermediate 500ppm maximum. These, along with New York, accounted for 2.163 billion gallons of 2012 residential heating oil demand, or 62.3 percent of total U.S. demand (Platts, 2014, Good ol’ heating oil: What is its future in the U.S.?).

For a wholesaler or a marketer with territory spanning an area that includes two different sulfur specifications, it can make more sense to serve both with the tighter regulation. The looser spec product certainly cannot be sold in the more tightly regulated market, and as sulfur is much easier to remove than add – scrubbing tanks is expensive and it is difficult to use one for both fuel grades – the incentive is to move towards the lower sulfur spec, perhaps marketing it as a premium fuel. This is the case in some retail markets on the New Jersey and Pennsylvania border with low sulfur, as well as near the border with New York State for ULSD.

Next summer, Pennsylvania, Maryland, and the District of Columbia are expected to move to the low sulfur (500pm) specification (New England Fuel Institute, 2015, Sulfur & Bioheat Requirements for No. 2 Heating Oil in the Northeast & Mid-Atlantic States), joining the five states that made the move last summer.

Because there has been little refinery output of low sulfur diesel, the solution so far has been to blend high sulfur with ultra-low sulfur product. Data from the Energy Information Administration (EIA) indicate that this blending has been performed on the East Coast (rather than on the Gulf Coast and then shipped up the Colonial Pipeline system), as PADD-3-to-PADD-1 movements of 15-500ppm sulfur product averaged just 6,630 barrels/day (b/d) from October to April this past heating season, up from 4,610 b/d the prior season but quite negligible compared to the 857,490 b/d in ULSD and even the 123,690 b/d in high sulfur product shipments. Colonial Pipeline has, however, added scheduling dates for low sulfur heating oil shipments (75 grade) beginning with cycle 57, which shipped out the 13th of last month. Such shipments are apt to see stronger demand when the aforementioned two states and DC tighten specifications next summer. With Maryland, Pennsylvania, and DC moving to a low sulfur specification next summer, the market will be even stronger.

Over time, however, the “boutique-ing” of the home heating oil market in the Northeast will reverse itself. The city of Philadelphia already moved to the 15ppm standard last summer, New Jersey and Delaware look to follow next summer, and a number of states – Connecticut, Vermont, Rhode Island, Massachusetts, Maine, and the District of Columbia – are set to match the ultra-low specification by the summer of 2018. This would not only result in a return of homogeneity across the home heating oil market, but also simplify supply matters, as on-road diesel has met the 15ppm standard for some time, with all model year 2007 or newer highway diesel fuel engines requiring this fuel.

As of the latest weekly EIA inventory data available at the time of this writing in early October, which were for the week ended September 25, East Coast distillate inventories had recently hit a high since 2011 and stood at 58.57 million barrels (mb), 12.5 percent (6.53mb) above their five-year average and 39.1 percent (16.46mb) higher than last year. East Coast stocks of high sulfur product were 8.82mb (15.1 percent), also largely in the Mid-Atlantic (5.20mb) but sizeable in New England (2.52mb), while low sulfur inventories were half of that at 4.35mb, and mostly located in New England (2.84mb). ULSD inventories, at 45.39mb, accounted for over two-thirds (77.5 percent) of East Coast distillate stockpiles, with 29.78mb (50.85 percent of total, 65.6 percent of ULSD) located in the Mid-Atlantic. With the EIA expecting a 13 percent warmer winter in the Northeast compared to last winter, stock levels look to be more than sufficient and are likely to help the market transition to a tighter ULSD specification in Delaware and New Jersey next summer.

Keep an eye on the latest regulatory activity in your state, and plan accordingly when entering into forward supply contracts, as well as in thinking about cash-market-to-paper differentials in your hedging decisions. But also look forward to increasing homogeneity in the market, leading to greater efficiencies and reduced costs, as well as – for those of you not in or near New York State or the city of Philadelphia – a closer connection between your physical market and the NYMEX contract underpinning your paper hedges.