Proceed With Program Offers, or Wait? 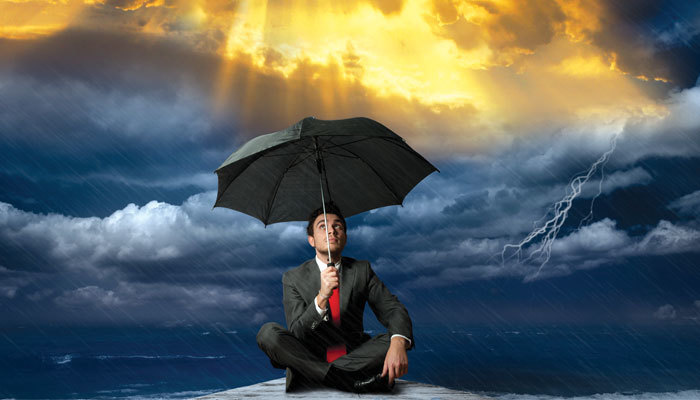 Crude oil and refined product prices tumbled lower in the second half of last year, and prices remained weak at the time of this writing in early April, with spot NYMEX HO (USLD) futures prices trading under $1.70/gallon. This represents a sharp, 40 percent discount to the $2.90/gallon seen at the same time last year.

Prices are unlikely to have recovered completely by press time and, accordingly, you might be considering an earlier launch date for your price programs (capped price, fixed price, and their variations) in order to take advantage of this weakened price climate with an offer price your customers are likely to find appealing compared to last year. Will the price climate remain favorable or would there be a missed opportunity by waiting? What other factors are there to consider?

To help gain an understanding of where prices might be headed it is prudent to begin with the factors behind their recent decline. In Price Plunge Puts Volatility Back in Play (Oil & Energy, January 2015), we pointed to the following as some of these factors:

Since January, the outlook for some of these factors looks similar, while others appear to be shifting. The European Central Bank announced in February that it was launching its own version of a QE program—a 60 billion euro per month asset purchase program to last through September 2016 or later. As expansionary monetary policy increases the supply of money, which tends to pressure interest rates lower and spur increased interest-sensitive consumption and investment. It also tends to push the currency to depreciate, and we saw the euro weaken 18.2 percent against the dollar from $1.2822 in October to a low of $1.0482 on March 16—one week after QE asset purchases began.

The economic outlook for Europe has brightened, with the slow recovery looking intact and some upward price pressures in recent data. Meanwhile the U.S. central bank is expected to begin normalizing (raising) interest rates in the future and, all else equal, this is likely to support the dollar and thereby keep up the pressure on oil prices.

Oil prices may find support on the supply side, however, as earlier planned capital expenditure cuts begin to take a bite out of production growth, and as the weak price climate pushes out high marginal cost producers. Indeed, data from Baker Hughes shows the oil rig count saw a precipitous drop from a high of 1,609 in October to 814 by late March—a fall of 49.4 percent.

At the same time, the shale oil industry may prove more resilient than some might think. The most recent data at the time of this writing had shown a dramatic deceleration in the drop in U.S. oil rig count, with weekly dips of just 12 and 11 in the second half of March. Potential reasons behind this resiliency include:

The U.S. Energy Information Administration (EIA), in its most recent Short-Term Energy Outlook, calls for U.S. output to begin to fall in the third quarter, before recovering in the future—contingent on a price recovery. A geopolitically motivated flare-up in prices is another possible source of price support, as we saw recently with a sharp—but brief—rally when Saudi Arabia and her allies launched an airborne operation in Yemen.

Meanwhile, a pact was reached with Iran on its nuclear program that includes a lifting of economic sanctions in Europe and the U.S., making way for up to 800,000 barrels a day of crude oil back to the markets. The shape of the forward futures curve shows an expectation for higher prices in the future, and many have taken advantage of this feature by locking in that differential with physical product in storage for delivery at a later date. Floating storage was employed for this play, but also onshore storage such as at the Cushing, OK storage hub and delivery point for the WTI crude oil futures contract traded on NYMEX. Stockpiles hit a record-high 58.9 million barrels in late March, with storage capacity over 70 percent full.

So, should you launch your price programs early this year based on price? Certainly, prices look much more favorable than they did last year at this time, and after some relative stability early this year, indications appear bullish on balance. At the same time, further declines before the expected price recovery are not out of the question.

Size Up the Competition

The launch decision cannot be made in a vacuum either, as you have to consider your competitors. As a first-mover, the advantage is in the bullish case, where your competitors are left with no choice but to either offer higher prices or match your price but accept weaker margins. In the bearish case, however, you are vulnerable not only to competition but to declining prices if you are scaling in your purchases and/or paper hedges ahead of sales contracts. This is particularly true under the high volatility environment we are in—the next factor to consider.

Historical and implied volatilities, which impact option premiums, have weakened somewhat the past two months from the levels we were seeing earlier in the year and in the third quarter, but remain stronger than they did last year. Accordingly, option premiums are running stronger as well, meaning higher cap fees. Should volatility pick back up, this would favor an early launch ahead of that pickup, whereas falling volatility would favor waiting.

Each day that passes also affects another factor to consider: time value embedded in option premiums. In other words, option premiums will decline as time to expiration approaches, meaning more expensive premiums and price protection fees for an early launch.

However you decide, you should manage volumetric risk—keeping the ratio of program gallons to physical or paper hedges closer to one-to-one.