Dynamics of Supply, Production and Inventory Are in Play 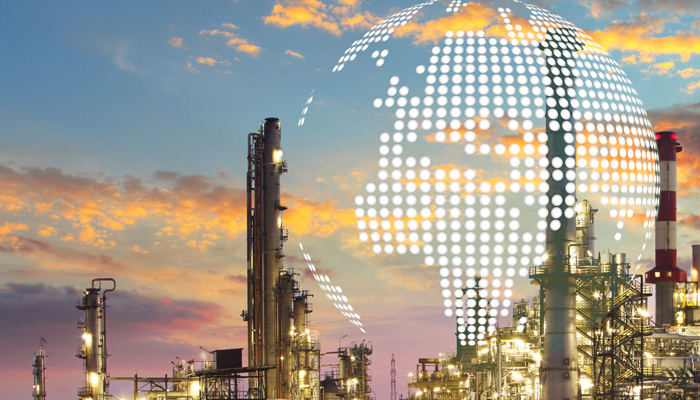 At the time of this writing in early April, a meeting of the Organization of the Petroleum Exporting Countries (OPEC) and non-OPEC oil producers was scheduled for the 17th of the month, to take place in Doha, Qatar. This April meeting followed an earlier, contingent agreement reached in mid-February by Saudi Arabia, Russia, Venezuela, and Qatar to freeze production at January 2016 levels if broader participation could be secured.

Reuters reported on April 8 that Russian Energy Minister Alexander Novak indicated that January levels were not the only levels to which the freeze could be applied, but that February, March, or first quarter production could also be discussed.

Much media attention was paid to these developments earlier this year, and with a rally in U.S. crude futures from February 11th through March 22nd likely supported by these headlines, it could be tempting to use information like this as an input into the decision-making whilst scaling in and launching price protection programs. However, the estimates behind a potential agreement were not all that supportive, as we shall see shortly, and more importantly, taking a view on an uncertain outcome is speculation, which has no place in a true hedging program.

The scheduled Doha meeting may have resulted in a bullish or a bearish surprise, or may have matched expectations. In any event, it would make more sense to look at what we do know and what that might suggest for the current hedging season, which will be covered in the final section of this article.

Effects Likely to Be Small
Barring a bullish surprise such as the Doha meeting participants agreeing to an output cut rather than a freeze, or unexpected participation on the production side by Iran, the impact to the oil market and the level of commitment required by all parties but Saudi Arabia appeared likely to be small.

In fact, the Paris-based International Energy Agency said the effort would be perhaps “meaningless,” given that Saudi Arabia was the only country expected to participate that had significant spare capacity to raise output. Russian oil production has been hitting record post-Soviet levels of almost 10.9 million barrels per day (mb/d), and the U.S. Energy Information Administration’s March Short-Term Energy Outlook projected a modest 0.2mb/d rise in Russian oil output this year, followed by a decline of 0.1mb/d in 2017. The agency noted that a weak ruble helped reduce production costs relative to the dollar-denominated sale prices, leading to a more resilient Russian oil sector than expected.

OPEC’s Monthly Oil Market Report painted a bleaker picture, with Russian oil output falling in all but the first quarter of 2016, leading to a modest 0.02mb/d year-on-year decline. As for OPEC oil production, EIA estimated that, in the absence of a production agreement, output would rise by 0.7mb/d this year – mostly due to Iran, which has stated numerous times that it would not participate in freezing output as it works to regain its pre-sanctions market share.

The projected average gain in 2016 OPEC oil production happened to match the forecast decline in U.S. oil production for the year, as EIA estimated output would fall from an average of 9.4mb/d in 2015 to 8.7mb/d in 2016: 0.7mb/d.

Price Protection Drivers
The low-price environment and heightened volatility of late are two reasons one might expect price protection programs to look more favorable this year. In making decisions about how to scale in physical or paper commitments leading up to the program launch date, it can be tempting to take into account news items such as the OPEC deal discussed above, in order to try to launch without a relative price disadvantage or, hopefully, with a price advantage to one’s competitors.
This temptation is, of course, really a temptation to speculate by taking a view on the market direction – which could be beneficial, but also very costly, particularly in a time of high volatility such as of late. If we shouldn’t look to possible future outcomes for guidance, what about the past? Historical data is no guarantee of the future, but what can we see in the price action during the weeks leading up to a hypothetical June 1 price program launch?

Data from 2005 to 2015 show that, using weekly average prices for the period from the first week of March through the last week of May, front-month NYMEX HO prices fell in four of the 11 years and rose in seven. One of these seven included the year of the contract specification change from high- to low-sulfur heating oil, without which prices would likely have been close to flat over the period, based on the high-sulfur-to-ULSD spread. Nevertheless, this pattern over the past decade might lead one to expect an upward bias to have been beneficial, but the adage that prices rise like an escalator and fall like an elevator has some truth behind it: During the down years, the average decline (start to end) in the weekly average price was 42.7 cents per gallon (c/g), compared to an average increase of only 15.4c/g in the rising price years. Indeed, the average price difference from the start week of the scale-in period to the end week is a 5.72c/g decline.

Prepare for Volatility
Adding to the danger in taking a directional view on the market is volatility. As we can see in the price differences just mentioned, volatility over the past 11 hedging seasons has tended to be stronger in years where the market fell. Taking maximum-minimum weekly average prices for each season as a percentage of the starting weekly average price, the strongest data point is for 2008, with a max-min span of 32.3 percent of the starting week’s price. However, this same value was 20.6 percent in 2015, the third highest in the series despite the fact that prices rose by 16.51c/g from the first to the final week of the scale-in period.

Volatility remains high in early 2016, with prompt-month implied volatilities embedded in option premiums in the high 30s and low 40s (percent), much higher than the mid-to-high teens seen in 2013 and 2014. The saving grace is that, due to the low absolute prices so far this year, option premiums, while strong on a proportional basis, are lower on a flat-price basis than many price protection customers have seen in the past, allowing dealers to either pass on these savings or capture some additional margin.

What this volatility means for the dealer is that, all else equal, keeping the scale-in process tighter leading up to the launch can reduce risk, and that it may be wise to cover new forward sales post-launch with a minimal amount of time “naked” on the obligation. These are possible implications of the current price and volatility scenario.

Inventories Are High
The other strong factor this year is that we are exiting the heating season with historically strong low and ultra-low sulfur distillate inventory levels. Combined low and ultra-low sulfur distillate stock levels on the East Coast sat at 46.78mb as of the April 1 reporting week, according to the EIA Weekly Petroleum Status Report. This represented a 22.55mb surplus over the same week last year and a surplus to the five-year average of 22.13mb.

Not only were inventories strong, but expectations for strong gasoline output this summer – with distillates inevitably produced as well – were likely to see the glut worsen. With the weak price environment, summer driving demand is expected to be strong not only at home, but abroad as record numbers of consumers in China and India hit the roads. Bank of America Merrill Lynch predicts global gasoline demand will grow by 0.5mb/d this year, or 65 percent above the 10-year average.

High stock levels, and reasons to believe the building season may not be impeded by these high stock levels, suggest that – as we saw this past winter – the risk for basis blowouts for ULSD markets near pipelines in particular, is likely to be lower, all else equal. This also means that, if you are seeing unfavorable differentials in your forward physical deals, there may be time to wait for these deals to sweeten, and that one could also increase the share of paper (Call option) hedges against a cap program versus physical with downside (wet barrel with Put option) hedges, as the basis protection the latter offers may be less of a concern, particularly for the front end of the heating season.

For the remaining high sulfur markets, however, the story is not the same. Colonial Pipeline has said it will cease a dedicated cycle of high sulfur heating oil shipments beginning in June of this year as it responds to shifting demand with the changing regulatory environment. This reduces the options for high sulfur heating oil supply to local storage and refinery operations and imports from abroad. Although East Coast high sulfur stockpiles were 1.86mb stronger than last year as of early April, the situation is likely to be more vulnerable relative to that enjoyed in the ULSD market.