Who Is Opposed to Lower Oil Prices? 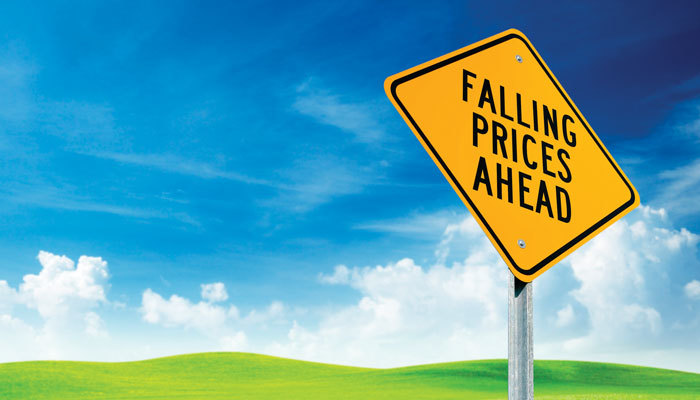 No doubt consumers are delighted with falling oil prices. It’s a windfall of pocket money and the gift that keeps on giving. Regrettably, there are formidable forces arrayed against the consumer that aspire to halt the current price trend and perhaps reverse it. These forces include U.S. oil producers, OPEC, Russia and the U.S. Government.

U.S. oil producers are unable to sell their crude at world prices because the Federal Government has resisted eliminating our four-decades-old ban on oil exports. Reuters recently reported that Energy Secretary Ernest Moniz indicated that the Obama Administration would not permit crude exports while the country is still importing almost half the barrels processed by U.S. refineries.

This is a truly amazing assertion from a bureaucrat who is responsible for overseeing our country’s energy sector. Apparently Secretary Moniz doesn’t realize that U.S. refineries can’t efficiently process a crude slate comprised solely of domestically produced light oil. It must be blended with heavier imported crude to achieve a medium blend that best suits refining in our country. So we will never eliminate a substantial volume of imports without reconfiguring our refineries, and that requires time and major investment. The existence of high imports is an illegitimate excuse for prohibiting exports.

U.S. crude producers support lifting the ban, as this would increase their revenue, likely without elevating consumer prices. The Energy Information Administration (EIA) recently completed a study that showed that removing the ban on oil exports would increase U.S. crude prices, but would not raise product prices. In a report issued this fall, the Government Accountability Office (GAO) came to the conclusion that higher producer prices and profits would encourage more production and perhaps lower world crude prices, thus benefiting both producers and consumers.

Predictably, OPEC is not pleased with falling oil prices. However, their experiences with falling prices in the 1980s taught them that if OPEC cuts production and forces prices higher, trends such as growth in shale production and lower demand due to conservation, fuel-switching and increased efficiency would continue, and OPEC would have to cut production again and again. Per John Kemp at Reuters, they would eventually end up with both lower market share and lower prices, the worst of all outcomes. Better to pursue a strategy of allowing “prices to fall until the market rebalances naturally, with slower growth in shale (production) and bigger increases in demand.”

Rebalancing, and the lower prices associated with it, will likely take a considerable amount of time. As Reuters observed, “like a supertanker, changes in supply and demand have developed a momentum of their own and cannot easily be stopped” or turned. An extended period of low prices would be a problem for some oil producers, such as Iran and Russia, but not so much for Saudi Arabia, Kuwait, Qatar and the United Arab Emirates, who are flush with cash, with fiscal reserves worth $2.5 trillion, built courtesy of the oil windfall over the past decade.

Due largely to western sanctions, Iran does not have plentiful cash reserves, and their national budget is based on $100 per barrel crude, so they are not nearly so accepting of the prospect of sub-$100 oil for the next two to three years. In fact, Iran went so far as to recently accuse the West and some Muslim countries in the Middle East of plotting to bring down oil prices for the purpose of squeezing Iran’s economy. They are likely mistaken about the cause, but spot-on regarding the effect.

Russia is a non-OPEC country whose financial wellbeing is hugely dependent on crude exports. Their government coffers are at least 40 percent filled by tax revenue derived from oil sales at three-digit prices. This revenue is falling and will continue to fall for three reasons. First is the price collapse related to excess supply and weakening demand. This is of course a global circumstance and was not brought on by Russia alone. However, Putin is directly responsible for the other two causes of his country’s falling oil income, both of which are related to the aggression in Ukraine. The crisis in Ukraine is having a negative effect on the Euro currency, which is having a positive effect on the strength of the U.S. Dollar, which is having a negative effect on the price of oil. In other words, through a series of currency and commodity market dominos, Russia is hurting the Russian economy.

Furthermore, Russia’s existing oil fields are experiencing declining production and new sources of crude are badly needed. In response to Putin’s adventurism in Ukraine, the U.S and European Union have imposed sanctions on Moscow that prohibit western oil companies from participating in joint E&P ventures, bringing an abrupt halt to exploration of Russia’s huge Arctic and shale crude reserves. Additional sanctions are complicating the financing of other key oil projects. The aforementioned sanctions are particularly hurtful, in that when prices stabilize and perhaps rebound somewhat, Russia will benefit from more favorable prices, but on fewer barrels. Overall, the oil sector poses an alarming threat to Russia’s financial stability.

To be sure, the Feds do not rely on price incentives alone. For example, they make it difficult for producers to obtain permission to drill on public lands. The Congressional Research Service has reported that between 2009 and 2013, output from non-Federal lands increased 60 percent and production from Federal lands has fallen 6 percent. And who can forget the Keystone Pipeline, facilitating shipment of Canadian crude to the U.S. Gulf Coast. Canada may, however, have the last word regarding tar sands crude transport. They are now working on a pipeline concept called Energy East, running from Alberta to Saint John, New Brunswick, giving Canada supertanker access to the Gulf Coast and various other international markets. Clearly our northern neighbors don’t object to the exportation of crude oil.

Who else is opposed to lower oil prices? The Grinch, just because he’s the Grinch. And on that note: Best wishes for a Grinchless and thoroughly enjoyable holiday season.