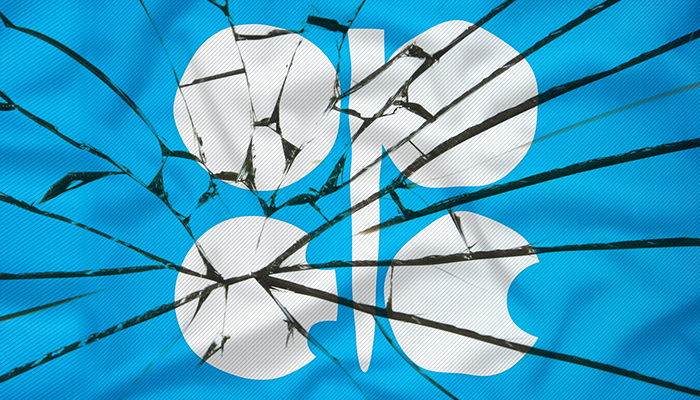 In late 2014, Saudi Arabia, and therefore OPEC, opted to maintain and even increase crude production levels in order to defend market share, even though oil prices would collapse. They dismissed the alternative, which was to decrease output and give up market share in order to support prices.

Has this strategy changed over the last year and a half? Two recent meetings shed much light on the current Saudi game plan and are therefore worth examining.

The first gathering was April’s meeting of OPEC and non-OPEC oil producers in Qatar, for the purpose of finalizing a crude output freeze. Saudi Arabia purposely scuppered this effort, shocking all other participants. How this epic failure unfolded is fascinating.

According to Reuters, pre-summit diplomatic contacts must have left other countries with the impression Saudi Arabia was open to a deal that would necessarily exclude or make special provision for Iran. “In the run-up to the summit, [the Saudis] surprised participants by asking that Iran’s invitation to the [meeting] be canceled. Iran responded by saying it was happy not to attend. [Early on the morning of the meeting,] Saudi Arabia came up with a second surprise. The Saudi oil minister received a call from Riyadh [that instructed him to] scrap the draft agreement for a freeze that didn’t include Iran,” and replace it at the last minute with an accord that required Iran to participate. In other words, the group would be seeking concessions from a producer who was absent from the meeting, which assures failure to come to an agreement; meeting over.

“Recriminations will follow for some time among the oil producers, with the Russians and Venezuelans [being particularly] annoyed. For the time being, OPEC’s credibility is shot and won’t be restored by even a future agreement, as it will take actual, verifiable action to convince a now skeptical market” (Reuters).

Why Sabotage the Meeting?
Of course there is much speculation as to why Saudi Arabia chose to purposely sabotage the output freeze meeting. It appears that the Saudis are still averse to supporting oil prices, because they believe that shale oil producers haven’t been sufficiently damaged yet (although they’re definitely getting there). Rather than throwing them a lifeline, Reuters notes that the Saudis are seeking “the final nail in the coffin for those shale producers and their lenders hanging on for a short-term price reprieve.” With no freeze, the Saudis may implement their purported capacity to increase output by one million barrels per day immediately and an additional one million barrels per day in six to nine months, thus keeping prices lower for longer so as to continue pressuring non-OPEC producers until more leave the market.

Another theory is that Saudi Arabia wants to “constrain [arch-rival] Iran’s regional aspirations by squeezing it economically,” (CNBC) while simultaneously laying some payback on nemesis – and Iran ally – Russia. It doesn’t matter that other OPEC and non-OPEC producer economies, including its own, are also harmed by low oil prices. Saudi Arabia “can withstand lower prices longer than most of the other producers” (Bloomberg). Reuters points out that these two theories “are not mutually exclusive”, i.e., the Saudis could be attempting to kill two birds with one stone.

Meaningful Takeaways
The foregoing invites momentous observations. If the anti-Iran theory is correct, it “confirms a significant shift in the kingdom’s oil policy. For decades, the kingdom has insisted it does not wield oil as a diplomatic weapon. [Using oil policy against Iran makes it] a branch of foreign policy, directed by the royal court” (Reuters). Oil as a Saudi weapon in economic warfare is a new and unexpected machination.

Secondly, Reuters reports that “the failure of talks has revived oil industry fears that major producers are going back into a battle over market share.” Even before the Qatar meeting, it was clear that Iran intends to increase crude production to pre-sanctions levels, and Saudi Arabia underscored the extent of its spare production capacity. After the meeting, Russia’s energy minister said his country might raise oil production to historic highs. Iraq and Libya are also known to aspire to put additional volumes on the oil markets. If all of these production increases come to fruition, they will flood an already oversupplied globe, more than offset non-OPEC output declines, further delay supply and demand rebalancing, and drive oil prices into the ground.

Another Revealing Meeting
In May, another revealing meeting took place. OPEC officials gathered to formulate a long-term strategy, and disagreements between Saudi Arabia and Iran during this session shed light on a possible third theory as to why the Saudis were opposed to adopting an output freeze agreement. As you will see, this new theory is more profound than simply squeezing the finances of Iran, Russia and the shale oil companies.

Iran believes that a long-term strategy cornerstone is managing crude production in a manner that will achieve price goals, most likely by propping them up. This has been the traditional role of OPEC for decades. In a major change in thinking, Saudi Arabia sees it differently. According to Reuters, the updated Saudi view is that “the market has gone through a structural change [over the last seven years and as a result,] it has become a futile exercise” to try to manage prices by regulating supply. The kingdom asserts that U.S. shale oil and Canadian oil sands have dispatched “the idea that crude is a scarce and finite resource [that requires maximum revenue for every barrel pumped. With the supply of oil surging and demand growth moderating, Saudi Arabia] has decided it is wiser to prioritize market share, believing that it will be better off producing more at today’s low prices than reducing output, only to sell the oil for even less in the future” (Reuters). In other words, without robust growth in consumption, less OPEC pumping to support prices will lead to unabated shale oil expansion and relentless, reactionary OPEC contraction, to the serious detriment of cartel members.

The two financial squeeze theories suggest that Saudi Arabia will flood the global oil market with additional supply. So far there is no indication of that occurring. Saudi Arabia has advised that they intend to increase crude production gradually, in order to satisfy domestic needs and maintain their share of consumption growth.

The recent replacement of the Saudi oil minister further supports the maintain-market-share theory, as the new oil minister is known to embrace the current policy as an effective strategy for dealing with the oil market’s structural change. The kingdom’s revised thinking, as well as internal hostilities and diminished ability to influence markets, calls into question the need for OPEC’s continued existence. Russia’s top oil executive, the head of Rosneft, recently said as much when he declared that OPEC has “stopped existing as a united organization; [no longer able] to dictate their will to the market” (Reuters).