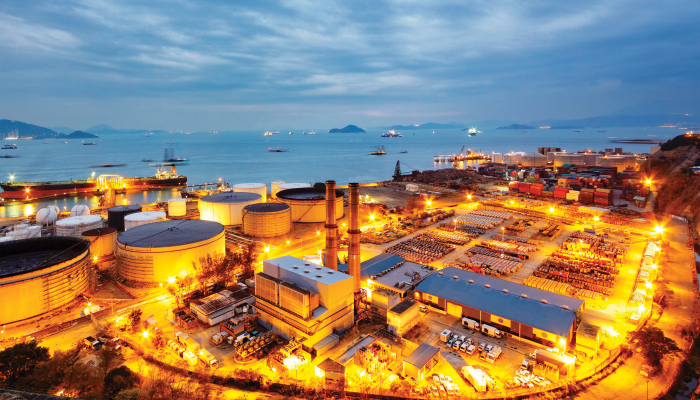 Recently, global crude and refined products markets have been tightening. In September, “IEA and OPEC issued reports suggesting that global commercial oil stocks have been diminishing, while oil demand growth is strong and expected to stay that way” (OilPrice.com). On the supply side, IEA reported that global crude output in August “dropped by 720,000 bpd, with most of the decline coming from non-OPEC countries” (Forbes). This includes shale fields and Gulf of Mexico platforms shut down prior to and during Hurricane Harvey. In August, “OPEC also experienced a production decline for the first time in five months, as supply fell by 210,000 bpd” (Forbes). That’s likely entirely due to a pipeline disruption associated with Libya’s largest oil field. That pretty much debunks assertions that OPEC is making a significant contribution to rebalancing the market. Purposely or not, Harvey and Libya did contribute to tighter oil supply.

At the same time, demand continues to rise. World oil consumption has been stimulated by lower prices and robust economic growth in advanced nations. The IEA “revised up its [2017] forecast for [world] demand growth to 1.6 million bpd from 1.5 million bpd [projected] a month earlier” (OilPrice.com). According to Goldman Sachs, second quarter 2017 global demand growth was 2.25 million bpd year-over-year. This inordinately high demand increase no doubt includes injections into China’s strategic petroleum reserve, which inevitably surge whenever oil prices are low. On the products side, U.S. gasoline consumption in June, for example, was 665,000 bpd higher than a year earlier. Even more impressive has been a massive global boost in distillates consumption this year, on the back of industrial and freight activity. For instance, early in September, “U.S. demand for distillates rose to 4.26 million bpd, about 24 percent higher than the same week a year ago” (Bloomberg).

Rising demand and falling supply have resulted in declining global inventories. OPEC recently said “that commercial oil stocks in [advanced economies] have dropped by 168 million barrels since the beginning of the year, but 170 million barrels of stock overhang still weighs on the market” (OilPrice.com). IEA asserts that crude in floating storage is now below five-year average levels and in September “oil traders emptied one of the world’s largest onshore crude storage facilities … in South Africa” (Reuters). There has been a global decline in refined product inventories as well. “The IEA estimates that refined product stocks [in developed nations] stood just 35 million barrels above the five-year average in August, down by two-thirds from the 103 million barrel surplus at the start of the year” (OilPrice.com).

A tighter oil market is also apparent from most crude markets flipping into sustained backwardation, where near futures contracts sell at a premium to further-out contracts. In the case of Brent, Goldman Sachs notes that “while the first two nearby contracts have been in backwardation since August, the curve out to December 2019 made such a move” in mid-September. This is a big victory for OPEC and their partners. At that time, “the only major crude still trading in contango was WTI, where the contango narrowed but showed no sign of disappearing” (Reuters).

What Could Go Wrong?

With falling supply, strong demand growth, declining crude and refined product inventories, WTI price rising into the low $50s per barrel and Brent price all but touching $60, what could possibly go wrong? For starters, OPEC and their partners extending the reduced production agreement beyond the March 2018 expiry appears likely at the time of this writing, but is not yet certain. In early October, President Putin did not exclude that the output cut deal could be extended to the end of next year, but he didn’t endorse it either. While rebalancing is clearly underway, most analysts believe that excess inventories will not be eliminated by the end of the first quarter and they worry that rising OPEC and Russia production after cuts are no longer required will facilitate a return of the supply glut in 2018.

CitiBank is swimming against the tide in suggesting that concerns are overblown, in that Iraq, Iran, Venezuela, Libya and Nigeria are already pumping at maximum capacity. Few others regard Iraq as being maxed out, and restoration of cuts by Saudi Arabia, Russia and Iraq is a sizeable surge of volume into the marketplace. Recently, the Russian energy minister has emphasized the need to start planning an exit strategy. A possible strategy that targets the foregoing oversupply concerns would be a nine-month extension that tapers output cuts into the end of next year.

Another area where things can go wrong is the level of compliance with production quotas. It seems that when the price of Brent rises toward $60 per barrel, reduced production deal participants are tempted to boost output beyond agreed levels. Forbes reports “that the International Energy Agency (IEA) recently noted that OPEC members’ compliance for July fell to 75 percent [and] independent observers have been saying … that non-OPEC producers’ compliance is … at around 60 percent.” According to Reuters, “OPEC oil output [in September versus prior month rose] 50,000 bpd” on substantial increases out of Iraq and Libya.

Making matters worse, production limits are not what should be monitored, as exports differ from output and have a more direct impact on global supply. For example, OPEC’s total monthly reduced production goal is 1.2 million bpd. In a recent month, OPEC’s actual output reduction was 0.5 million bpd (taking into account exempt members Libya and Nigeria), while exports were down a sickly 0.2 million bpd. It’s expected that at OPEC’s November meeting, a long-overdue export monitoring program will be adopted. Subsequently, compliance may look worse than it currently does.

Another oil price rally-buster is rising U.S. crude output. On average, the breakeven price for the U.S. shale sector appears to be around $50 per barrel. With the increase in 2018 WTI futures prices to above $52 per barrel during the last week of September, shale oil producers have boosted their hedging activity, to lock in production next year at values that guarantee profitability. This will eventually be bearish for U.S. crude prices, as it likely enables producers to increase shale oil output over the short to medium term. Even before this hedging opportunity presented itself, the IEA forecast 2018 U.S. production would rise by an “enormous” 1.1 million bpd. It is doubtful that this prediction incorporated potential output from thousands of uncompleted wells that have been drilled but not fracked. If the price of WTI exceeds $55 per barrel, there will be incentive to tackle the fracklog, sending a wave of supply into the marketplace.

Lastly, there is always a possibility that robust demand growth may wane somewhat. Oil demand in the fourth and first quarters typically declines from second and third quarter levels. Also, the IEA has suggested that “the scale of [China’s imports in 2017] implies a fairly large build in its commercial and strategic reserves” (Reuters), which may not be duplicated next year.