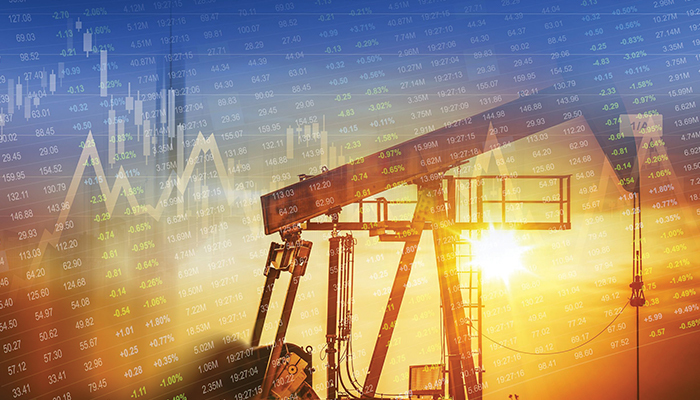 As always, there are multiple factors that weigh on oil markets, causing prices to rise and fall. U.S.–China trade tensions, the slow-motion implosion of Venezuela’s oil industry, and the possibility that the United States will re-impose sanctions on Iran are all relevant. But the core market-movers are supply and demand.

Every month, OPEC and the International Energy Agency (IEA) forecast these core factors, and their growth projections are illuminating. OPEC output is assumed to be fairly static, as Saudi Arabia works to ensure that outcome. Therefore, the pared-down forecasts are for supply growth from nations outside of OPEC and its allies’ reduced-production agreement, and for global demand growth. In March, OPEC projected 2018 non-cutback producers’ supply growth at 1.66 million bpd and demand growth at 1.6 million bpd. The same figures from IEA are 1.8 million bpd of increased output and 1.5 million bpd of consumption growth.

Of the 1.8 million bpd, IEA attributes 1.3 million bpd to higher U.S. crude production. The United States is already the world’s second biggest crude producer, ahead of Saudi Arabia, and is expected to surpass Russia by the end of this year. So, it’s prudent to examine the U.S. supply growth forecast, in particular the shale oil growth outlook, to determine whether it appears to be realistic or overblown.

Industry observers have identified multiple factors that could possibly constrain shale oil production growth in the short term. For instance, shale wells have a greater decline rate than conventional wells, and there is concern that the most prolific reserves have already been tapped into and producers are running out of sweet spots.

Most impressive is the new technology we’re seeing. Smart drilling bits are now being used to get to the most productive zones of the rock. Drilling wells too close together causes pressure problems, but the use of sensors prevents this from happening. In fact, modern sensors are used in a wide range of oil field applications, such as rigs, pipes, pumps, and valves, to produce big data that “can be crunched up into small, digestible – that is usable – bits of information” that is analyzed remotely (Oilprice.com).

Today, drilling is managed by computerized control centers, rather than operators working on the tailgate of a pickup truck. Drones are being used to monitor and inspect. “Augmented reality headsets with smart goggles provide on-site technicians with wireless connection to … skilled experts hundreds of miles away, who can guide the on-site staff,” cutting downtime and saving on travel expense. Technology advancements are expected to mitigate rapid decline rates and “help companies to extract more oil cost-effectively from areas outside the sweetest spots” (Oilprice.com).

During the recent major oil price downturn, shale oil producers cut costs with the help of oil field service companies. Now, as drilling accelerates, oil field service provider costs, such as labor and fracking sand, are rising, and the rates they charge have been slow to increase. This is due to change soon and when it does, producer costs will climb and cash flow available for E&P investment will decline.

Reuters notes that until recently, “investors in shale have seen thin returns despite booming production, as shale firms have used profits to invest in raising output more rather than returning cash to shareholders.” Disgruntled investors have told producers that they don’t care so much about growth and future income. “They care about business sustainability and guarantees of [current] returns” (Oilprice.com). Consequently, nearly a third of the top 25 shale oil companies are expected to pay dividends this year. Higher crude prices have given producers enough revenue to pay out shareholder returns and pay higher oil field service company rates and still have cash flow remaining to invest in growth.

If cash generated from operations is not sufficient to fund the desired level of growth, access to capital will be vital. This should not be a problem for shale oil producers. With higher crude prices and well-hedged positions, bank debt, investor debt, private equity and other types of outside capital are readily available. “As banks conduct their biannual reviews, [it is likely that producer] borrowing bases, or credit availability backed by collateral, will increase” (Bloomberg). In some cases, producers will “optimize their acreage portfolio, discarding less attractive assets by selling them to other companies and using the proceeds to fuel growth in more desired locations” (Oilprice.com).

The foregoing has not identified any crucial constraints on short-term shale oil growth, but they exist. Pipeline capacity expansions are not keeping up with the pace at which U.S. oil production is accelerating. In particular, “the Permian is starting to bump up against the limits of the region’s pipeline capabilities. A series of pipeline projects are under construction … but because the oil industry is pouring mountains of cash into shale drilling, pipeline construction is struggling to keep up. Capacity is likely to become insufficient by mid-year” (Oilprice.com). This should create a crippling bottleneck that depresses regional prices and “poses a threat to future production. [Shale oil] producers may be forced to slow drilling or even shut in active production. [Eventually — i.e., mid-to-late 2019 — projects] will add more than 1.5 million bpd of additional capacity” (Reuters).

Lastly, shale oil growth may be constrained by the producers themselves. If growth is over-aggressive to the point where it overwhelms demand, OPEC output restraint, and geopolitical risk factors, the market would once again be oversupplied and oil prices would collapse. It is likely that shale oil companies would pull back as necessary in order to prevent supply from getting to that point.