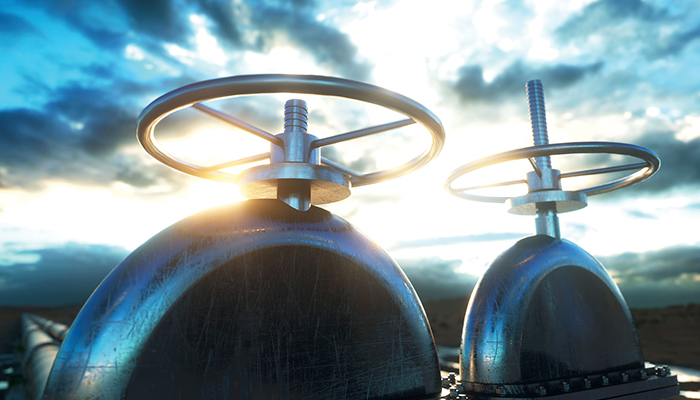 It’s certain that global oil supplies are right now extremely excessive. World inventories are substantially above five-year averages, U.S. oil drilling rig counts have increased relentlessly, U.S. projects in the Gulf of Mexico are coming onstream, Libya and Nigeria oil production are recovering from devastation caused by internal conflict, and oil traders are storing increasing volumes at sea. Also, the futures markets are solidly coming into a contango structure, where today’s oil prices are cheaper than prices in the future, a sure sign of current oversupply.

Furthermore, despite joint production cuts by OPEC and its allies, the excess crude problem is getting worse. IEA expects total non-OPEC production to grow by 700,000 barrels per day (bpd) this year and 1.5 million bpd in 2018. “Growth in non-OPEC supply next year [1.5 mbpd] is expected to outpace the anticipated pick-up in demand [1.4 mbpd]. In effect, OPEC will be restricting its own output only to see rival producers step in to meet growing demand” (Reuters).

Speaking of demand, the cartel was counting on robust demand growth in Asia to assist in drawing down excess global inventories. However, China’s consumption growth is faltering even before a cut in refinery operations hits in the third quarter, India’s oil imports were flat in the first five months of this year, and an aging, declining population in Japan is dampening oil demand growth.

Production Cuts
For the sake of stable oil markets, the foregoing is cause for concern and new or deeper production cuts have to come from somewhere. Bloomberg has asserted that, “OPEC will have to cut production further next year to ensure that the oil market is not oversupplied.” It’s clear that, despite pledging to do “whatever it takes” to defend world oil prices, the cartel is in no hurry to further reduce output. According to Reuters, “OPEC members appear determined not to rush into deeper output curbs despite market pressure. [The group said they] would rather wait until existing joint cuts with Russia finally result in a global stocks decline during the third quarter.”

That would seem to put the ball squarely in the court of U.S. crude producers and specifically shale oil companies. Shale drillers have become more efficient as a result of the 2015 plunge in oil prices, leading to lower breakeven prices. Price is of course the primary determinant of whether shale oil output increases or declines, and there is much uncertainty as to which price makes drilling unprofitable and flips production growth into contraction. That’s because breakeven varies widely according to variables such as production method and geographic location. In a general sense, however, UBS Bank seems to represent the most prevalent opinion: “Oil at $45 per barrel slows most U.S. shale oil plays [and if] prices drop to $40, companies will be forced to hit the brakes, even in the … Permian Basin” (Oilprice.com).

Capital and Hedging
In late June, WTI price dropped by more than 20 percent year-to-date, entered bear market territory and touched on $42. Nevertheless, the U.S. oil rig count continued to increase. How can shale oil output continue to grow at a rapid clip when crude prices are plunging? There are three reasons for this continued high level of output. One is the availability of abundant capital. Shale drillers have raised a lot of capital from private equity investors in the last 12–18 months; a critical financial cushion, but they should be cautious going forward. As prices fell earlier this year, some of this capital was pulled back. According to Reuters, “eight prominent hedge funds reduced the size of their positions in ten of the top [Permian] shale firms [by 14 percent,] concerned [that] producers are pumping oil so fast they will undo the nascent recovery in the industry.”

The second factor supporting high output is aggressive hedging of forward production. Reuters reports that, “Many shale producers hedged a large portion [near 40 percent] of the planned production in 2017 at prices above $50 per barrel, which has given them some protection from downturns. But only a small portion [about 12 percent] of output has been hedged for 2018, which will leave shale producers progressively more exposed to low prices as existing hedges mature.

“The pullback in hedging [activity in the first quarter of 2017] was driven by … expectations that prices would continue to rally [after OPEC and their partners implemented output cuts at the beginning of this year]. Prices are too low now for producers to lock in large volumes of future production,” so drillers are waiting for the next significant price spike.

Lags in the System
Third, there are lengthy lag times inherent in shale oil drilling and production. According to Reuters, “the oil rig count typically responds to changes in WTI prices with an average lag of [4–5 months, then] production lags the rig count by 6 months. The decline in WTI prices in February should cause the rig count to level out or start to fall sometime between the middle of June and the end of July. Shale oil production is likely to keep rising … into at least the start of 2018 … even if the rig count stabilizes” this summer. A steady rig count will likely offer support to beleaguered oil prices, i.e., there will be some relief even though shale oil output is still growing.

“Prices are likely to overshoot on the downside, as traders drive them lower than necessary owing to the lags in the system, which will create conditions for a [limited] rally” (Reuters). If, for some reason, rig counts and shale oil production continue to grow beyond the aforementioned milestones, The New York Times asserts that “OPEC producers will have no choice but to revert to preservation of market share once again, which could see prices nose-dive.”