The Impact of Demand on Oil Prices 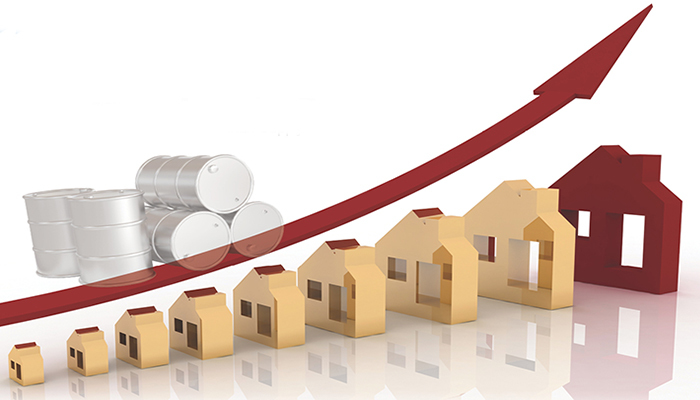 According to Oilprice.com, over “the last half-decade, the focus in the media and among analysts is usually on the supply picture … but evidence suggests … demand … tends to have just as much influence, sometimes more. That suggests that [the success of OPEC’s] strategy going forward … will depend on the global economy and the pace of oil demand growth.” Bloomberg concurs: “The reason [oil prices are rising] is less about OPEC and more about … a global economic expansion accompanied by a rise in oil demand. The next moves in crude prices … will probably hinge on the strength of U.S. consumers and the health of the global economy.”

Apparently, traders worry too much about high oil prices stimulating shale oil output growth, when they should be more concerned about high oil prices destroying demand. According to John Kemp of Reuters, the “adverse impact on oil consumption as a result of price increases … takes time to materialize, as consumers slowly adjust their behavior. In addition, so far the demand restraint from increasing prices has been offset by synchronized global growth. If prices continue to increase, however, there will come a point at which consumption growth starts to slow in a much more pronounced fashion. Experience suggests the extent of the demand deceleration will only become apparent after it is already well underway.”

Higher inflation and rising interest rates are especially burdensome for emerging markets, where much of recent demand growth has been occurring. Because people in these countries are less wealthy, costlier fuel and consumer goods have a bigger impact on their disposable income, and higher interest rates, along with a stronger U.S. dollar, weigh more heavily on businesses with dollar-denominated debt.

According to Reuters, “Asia is most vulnerable to an oil price spike. Asia-Pacific consumes more than 35 percent of the … oil the world uses each day. [Yet they are] the world’s smallest oil producing region, accounting for less than 10 percent of [global] output. Poorer countries with limited borrowing capacity may face financing difficulty amid higher import bills [and higher interest rates. In countries such as] India, Vietnam and the Philippines, fuel costs eat up around 8-9 percent of an average person’s salary. That compares to just 1-2 percent in wealthy countries like Japan and Australia.”

During the last “period of falling crude prices …many countries in Asia … ended or dramatically scaled back their fuel subsidies. [Subsequently, consumers] are fully exposed to rising crude prices. Even a 5 percent drop in demand for fuel in these countries will knock about 325,000 bpd from global crude oil consumption” (Reuters).

Asian “governments are feeling [political] pressure and in some cases are stepping in to [re-subsidize] fuels [by means of] price caps, fuel subsidies and tax cuts” (Oilprice.com). Regrettably, these actions eliminate the signal that falling demand sends to the marketplace that results in lower oil prices. A more constructive governmental action is to browbeat Saudi Arabia to increase output in order to stabilize the oil markets and moderate prices. This is an approach that both China and India have embraced, with the Saudis offering positive assurances.

There are other factors that destroy oil demand besides high prices. Broadly speaking, this includes anything that impedes economic activity. The U.S. dollar strengthens for reasons other than inflation and rising interest rates, making oil more expensive in other currencies.

In addition, China’s robust economic expansion has resulted in excessive levels of both public and private debt. Now there are government efforts to rein in these excessive debt levels. The subsequent economic slowdown in China will impact global markets, particularly commodity markets. Also, the escalating trade war could harm world economies and diminish oil consumption.

Bottom-line: “the oil market is currently on an unsustainable trajectory” (Reuters). If supply doesn’t solve this problem, demand eventually will.